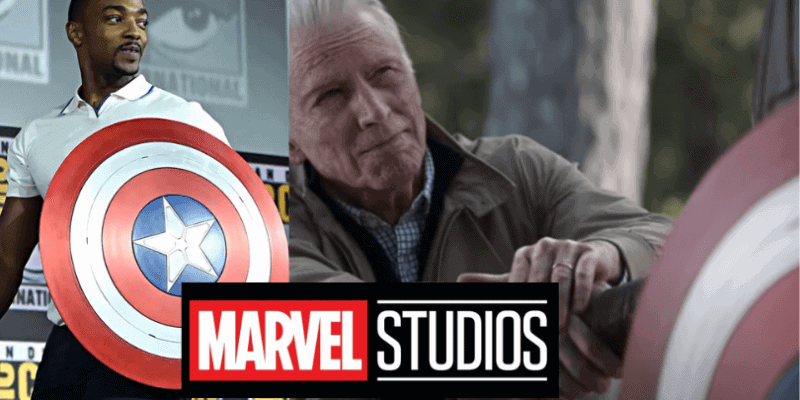 The Black Lives Matter protest continues to echo with a powerful voice across the world. Disney celebrities including Star Wars actor John Boyega have been incredibly active in their promotion of the Black Lives Matter movement, and companies like Lucasfilm and Disney have also pledged their support.

We’re seeing protests, fundraisers, and petitions highlighting the need for change and the end of systemic racism towards the black community.

So, now is the perfect time for Marvel to better represent the black community by giving the role of one of their most iconic heroes to a black man.

And it just so happens to be a character that represents all of America.

The end of Avengers: Endgame saw Steve Rogers’ Captain America aged up and ready to hand over that iconic shield. Many thought he may pass the mantle onto his longtime friend and World War II ally Bucky Barnes (The Winter Soldier), but he instead called over none other than Sam Wilson, AKA the winged superhero Falcon.

This decision from Marvel could not have come at a more appropriate time.

The Marvel Cinematic Universe is not without black superheroes. Nick Fury, Valkyrie, and of course, Black Panther, all spring to mind. However, bestowing an iconic title like Captain America on a black man is exactly what the world of Marvel, and America, needs right now.

Think about it. This isn’t Thor. This isn’t Iron Man. This is Captain AMERICA; the most patriotic avenger who at one point in his Marvel comic history famously punched the Nazi party in the face. He literally punched the physical embodiment of racism. In the face. Marvel is giving the role of a hero who fought everything that the Nazi party stood for (hatred, purity, and, hey; racism) to a black man. And that is awesome.

At a time where America faces turmoil thanks to the systemic division of race, passing the mantle of the Captain of America could not be a more appropriate metaphor. Marvel hears the plight of the black community and is doing its small part to make it feel represented and heard.

Marvel Studios knew well before the Black Lives Matter protests how essential diversity is in their films and TV series. Heck, Marvel comics had Sam Wilson take the role of Captain America way back in 2014, making monumental history for black superheroes.

We’ve seen iconic heroes like Luke Cage and Black Panther for years, but seeing a black man become America‘s avenger was as powerful and beautiful a move from Marvel comics as it is now. It seems like a move that Kevin Feige and company seem to be taking to heart, as they’ve shown the importance of representing social groups beyond white men, with female-led movies like Captain Marvel and Black Widow, as well as the upcoming Shang-Chi movie which will star the first Asian superhero.

The next Captain America story will be the upcoming Falcon and The Winter Soldier series, which will likely see Wilson wrestle with the responsibility of taking the famous Captain’s shield. I, for one, can’t wait to see what Marvel does with the character in the upcoming installment in the Marvel universe.

Unlike Steve, Sam doesn’t have the benefit of super-soldier serum. He’s fought alongside Captain America many times and is one of his closest friends. In Infinity War he even took on Thanos without any powers. He’s not a super-soldier. And that makes him perfect to represent everything that Captain America stands for: the common man protecting his country to do what’s right, whatever the cost.

I can’t wait to see how Marvel turns the Falcon into the first black Captain America to ever hit our screens. Seeing a black man become one of the biggest icons of American pop culture is exactly the kind of affirmative representation needed right now.

Do you agree with our opinions on the need for a black Captain America? Let us know in the comments below.