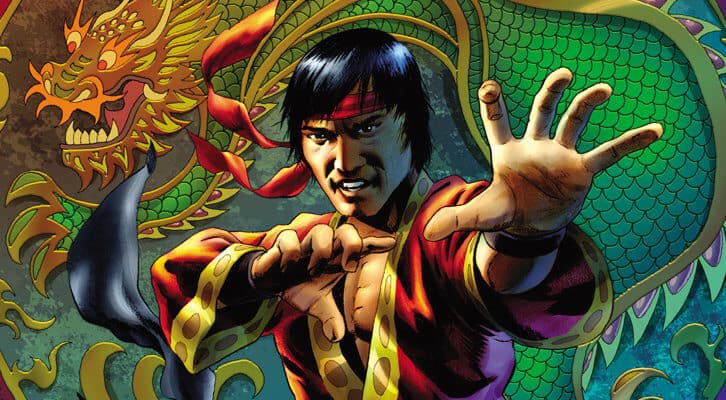 Marvel’s “Shang-Chi” film has found its director. Destin Daniel Cretton, who has frequently worked with “Captain Marvel” star Brie Larson, will direct the film based on the classic Marvel character.

Shang-Chi, often called the “Master of Kung Fu,” first appeared in “Special Marvel Edition” #15 in 1973. The character, created by writer Steve Englehart and artist Jim Starlin, was introduced as the previously unknown son of the pulp villain Dr. Fu Manchu. Shang-Chi was a popular character throughout the 1970s and later teamed up with The Avengers during the Marvel NOW! relaunch of several ongoing comic books in 2012. “Shang-Chi” will be the first Marvel Studios project with an Asian lead, and according to The Hollywood Reporter, Marvel is also planning to assemble a largely Asian and Asian-American cast for the film.

Cretton’s previous directing credits include “Short Term 12” (2013) and “The Glass Castle” (2017), both of which featured Brie Larson. He’s currently working with Larson once again on “Just Mercy,” which also features “Black Panther” star Michael B. Jordan.

According to The Hollywood Reporter, other directors in the running included Justin Tipping (“Dear White People”), Alan Yang (“Master of None”), and Deborah Chow (“Reign,” “Jessica Jones,” “The Mandalorian”).

The screenplay for “Shang-Chi,” written by Dave Callaham (“Wonder Woman 1984”), will update the character for modern audiences. Callaham first signed on to the project in December 2018. Marvel head Kevin Feige is producing, with Marvel’s Louis D’Esposito, Victoria Alonso, and Jonathan Schwartz executive producing.

No casting announcements have been made yet, and Marvel has not set a release date for the new movie.

This news comes as Marvel has yet another box office success, with “Captain Marvel” having grossed $524 million globally so far since its March 8 opening, according to Variety. The studio is also gearing up for the release of “Avengers: Endgame,” which hits theaters on April 26.