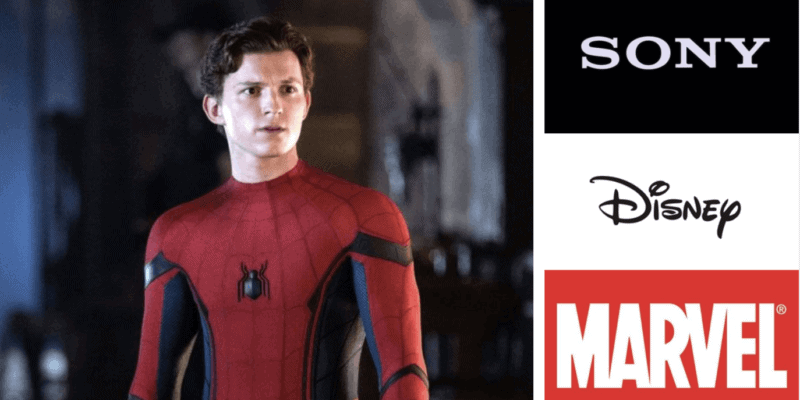 If you know anything about comic book characters, you’ve heard about the battle for Spider-Man rights that has existed between Walt Disney Studios and Sony since Disney bought Marvel Studios in 2009.

As per an NBC News report, Sony has “owned the rights to the Spider-Man character since 1985, but in 2015, the studio announced a partnership with Disney and Marvel that made it possible for the webslinger to show up in crossover MCU installments.” These include Captain America: Civil War, Avengers: Infinity War, and Avenger: Endgame.

The Marvel Cinematic Universe version of Spider-Man (Tom Holland) became a protégé of Iron Man/Tony Stark (Robert Downey Jr.) and has played an integral role in the Avengers storyline.

Now, Marvel insider Roger Wardell has taken to Twitter to announce that Disney and Sony have reportedly reached a new Spider-Man deal that will make Marvel fans happy.

Disney understands the money-making powers of Spider-Man while Sony is aware of being completely unable to compete with the Mouse at the moment. New agreement should please many Marvel fans.

Wardell’s Tweet, which simply states, “Disney understands the money-making powers of Spider-Man while Sony is aware of being completely unable to compete with the Mouse at the moment. New agreement should please many Marvel fans.”

There isn’t a lot to go on here yet, but it is certainly possible that Sony will allow the use of Venom or other characters in a Disney/Marvel film. There is also potential for Kevin Feige & Co. to allow Sony to cast popular Avengers characters in a SPUoMC ( Sony Pictures Universe of Marvel Characters) movie.

Stay tuned to ITM for the latest about the reported new Spider-Man deal between Sony and Disney and what it could mean for any future Marvel Studios film.

We have not yet heard official confirmation from Bob Iger, Disney CEO Bob Chapek, or any other executives affiliated with Disney or Marvel.

Spider-Man is set to be heavily featured in the upcoming new Disney’s California Adventure area, Avengers Campus. Although the opening date of the new Marvel land has been pushed back due to construction delays at Disneyland Resort, it is still expected to debut sometime in 2020.

One of the most touted Avengers Campus attractions is Web Slingers: A Spider-Man Adventure (which was originally set to feature a cameo from actor Tom Holland). The new California Adventure ride will use brand new technology to make it seem as though Guests are actually slinging spiderwebs from their own fingers!

What do you think about Sony and Disney’s new Spider-Man agreement? Tell us in the comments!