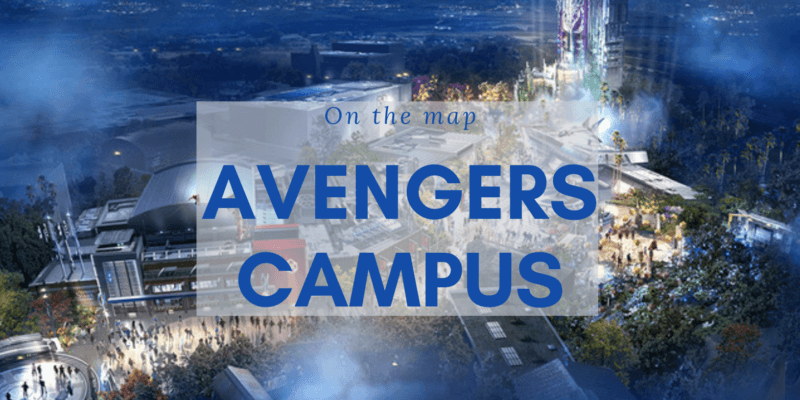 In the wake of the worldwide Disney Parks closures, the Disneyland app has undergone a facelift. The first major change is that Disney’s app developers have added the Avengers Campus area to the California Adventure park map.

Construction for Avengers Campus has been happening near the Guardians of the Galaxy Mission: BREAKOUT ride (formerly the Tower of Terror) and has an anticipated opening date of July 18.

Last week, Disney announced additional details about one of the attractions coming to Avengers Campus. Web Slingers: A Spider-Man Adventure will feature Tom Holland and has a detailed backstory.

As per Disney’s release about the ride, “Tony Stark has assembled bright innovators like Peter Parker to invent new technologies and equip everyday people to become Super Heroes. WEB will house the new WEB SLINGERS: A Spider-Man Adventure, the first Disney ride-through attraction to feature this iconic Super Hero.”

In addition to officially adding Avengers Campus to the map, the Disneyland app now has a section titled “Virtual Queues.” Virtual Queues, or Boarding Groups, were originally introduced for the Rise of the Resistance attraction in Star Wars Galaxy’s Edge. Although Boarding Groups haven’t been popular with everyone, they have been effective at controlling massive crowds and long lines.

This app update hints at the fact that there could be more virtual queues in the future. There has been no confirmation from Disney, but it’s possible that Avengers Campus attractions (which are sure to rival Galaxy’s Edge rides in popularity) will also utilize virtual queue systems.

This Disneyland app update is especially exciting for fans amid the coronavirus closures that are impacting Disney Parks, Disney Springs, and Downtown Disney. The Disney team is still looking to the future and preparing for the rest of 2020!

Although Disney theme parks do not yet have official re-opening dates, executives have assured park goers that the gates will open as soon as government agencies and healthcare experts give them the green light.

Does this Disneyland app update get you excited for the parks to re-open? Tell us what you’re most looking forward to in the comments!