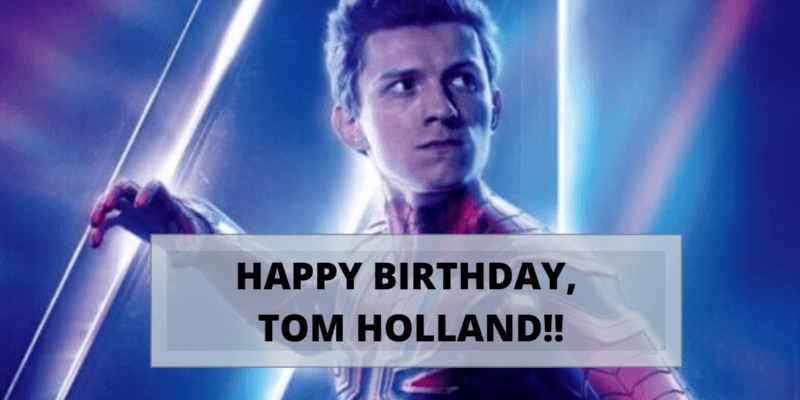 Happy Birthday, Tom Holland! On June 1, Marvel’s latest Spider-Man turned 24 years old, and we at Inside the Magic thought it right to send a little tribute message to one of our favorite Avengers.

Tom Holland swung into the hearts of Marvel fans and Disney fans everywhere by introducing Spider-Man into the MCU in Captain America: Civil War and has stayed there ever since. His followup film, Spider-Man: Homecoming cemented his place in the Marvel Cinematic Universe–at least, in the eyes of his fans–and established a father/son dynamic with Robert Downey Jr.’s Iron Man that seemed to transcend the films into a real-life “big brother” relationship.

He has shown Marvel fans Peter Parker’s growth as Spider-Man in a way that has not been seen before, acting as a symbol of youth, bravery, loyalty, and purity of heart through unthinkable challenges.

We watched him grow in his role from Homecoming into Avengers: Infinity War, we wept when he faded away in the snap, we cheered when he came back in Avengers: Endgame, our hearts broke with him when he lost Tony Stark, and we watched him overcome loss and take a greater lead in Spider-Man: Far From Home.

Tom has played Peter Parker with more pathos than has been seen in the past, and his integration into Marvel’s Cinematic Universe has only increased that pathos.

Tom Holland would also become the man to save Spider-Man. The web-slinging hero is still owned by Sony Pictures and his presence in MCU was never set in stone. When relations between Disney and Sony began to fail, fans had to come to terms with the fact that not just Spider-Man was going to be pulled from the MCU, but Tom as well. After all, Tom was under contract with Sony, so more movies would be made with him — just outside of the MCU.

But at the point when all hope seemed lost, Tom pleaded with Disney’s CEO Bob Iger to make it work for the fans. That conversation led to Iger making another call which has bought Spidey fans at least one more Spider-Man movie in the MCU.

Related: Tom Holland: Sony Has Plan to Remove Spider-Man from the MCU

Outside of Marvel, Tom has been able to fulfill his lifelong dream of staring in a Pixar film. Cast alongside fellow Marvel actor Chris Pratt, Tom brought the sixteen-year-old elf Ian Lightfoot to life in Disney-Pixar’s latest heart-aching picture, Onward. 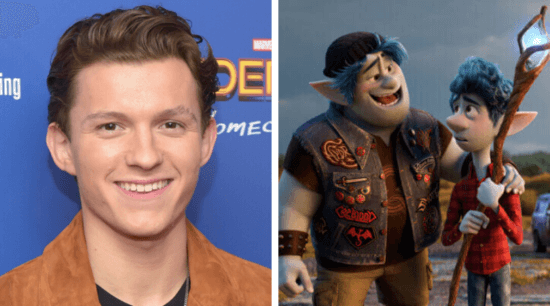 Tom’s two characters with Marvel and Pixar are just two out of the many he’s played throughout his career. But they are two roles that have left an impact on Marvel and Disney fans alike.

Off-camera, Tom gives fans even more reasons to love him. Fans laugh at the fact he is a known spoiler and yearn to join his pub trivia team. He is also a family man to the core.

Tom Holland will appear in his third standalone Spider-Man film which is set to be released in 2021.

What’s your favorite Tom Holland role? How do you like him as Spider-Man? Let us know in the comments!