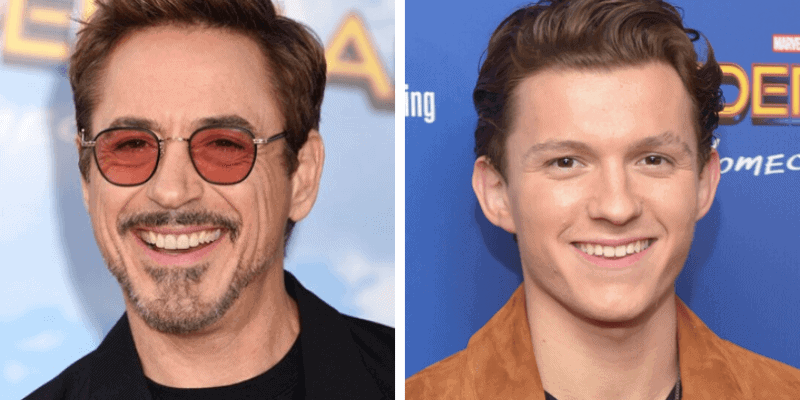 Robert Downey Jr.’s role in the Marvel Cinematic Universe appears to be over for the time being. But it appears his role as Tom Holland’s friend and mentor continues on.

In an interview on BBC1, Downey Jr. shared the fact that he and Holland still FaceTime each other on a regular basis. Apparently, of the time he catches Holland in a pub during a trivia night.

Holland also touched on their relationship during the press tour for Spider-Man: Far From Home, explaining how the real-world relationship he has with Downey Jr. helped create the relationship between Spider-Man and Iron Man. He said,

“And that dynamic of Peter wanting a mentor is a big part of this movie. Yeah, it’s lovely. It’s a lovely dynamic and the dynamic [with Robert Downey Jr.] is also the same off screen. I mean, we’ve become really close. We’ve become great friends and I ask him for advice and vice versa sometimes. And it’s just become a really lovely relationship for me to have in the industry. Because, you know, as a young actor coming up in this world it can be very scary and it can be daunting. You can get bullied around. And it’s nice to have someone who’s got my back and who will give me some sound advice.”

Holland also got the chance to share the screen with Downey Jr. in a slightly different way for Universal’s Dolittle. Holland voiced a dog named Jip. A slightly different dynamic than what they had in the Marvel Cinematic Universe. But it’s good to be able to work with friends in any capacity.

Holland has also been able to kindle a friendship with another MCU co-star, Chris Pratt, playing brothers for Disney-Pixar’s latest film, Onward, which premieres March 6, 2020.

Are you surprised to see Tom Holland and Robert Downey Jr. still talking? If you were a part of Marvel’s Avengers cast, which actor would you want to hang out with the most? Let us know in the comments!