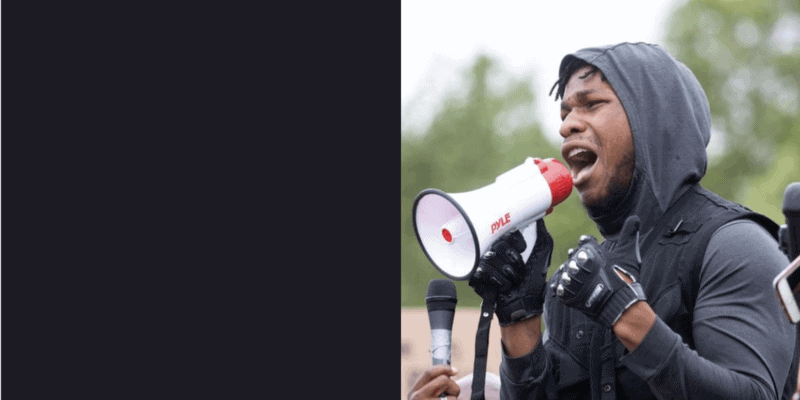 During today’s gathering protesting Mr. Floyd’s death in London’s Hyde Park, Boyega used a megaphone to give an emotional speech to the assembled crowd.

Boyega joins the Walt Disney Company in expressing his views during these trying times for race relations. On May 31, Disney issued a social media post that read:

“We stand against racism.

We must unite and speak out.”

The Walt Disney Company is the parent company of Walt Disney Animation Studios, 20th Century Studios, Lucasfilm/Star Wars, Disney+, and Pixar, all of whom also shared the caption.

What do you think about John Boyega joining Black Lives Matter protests in London? Tell us in the comments!