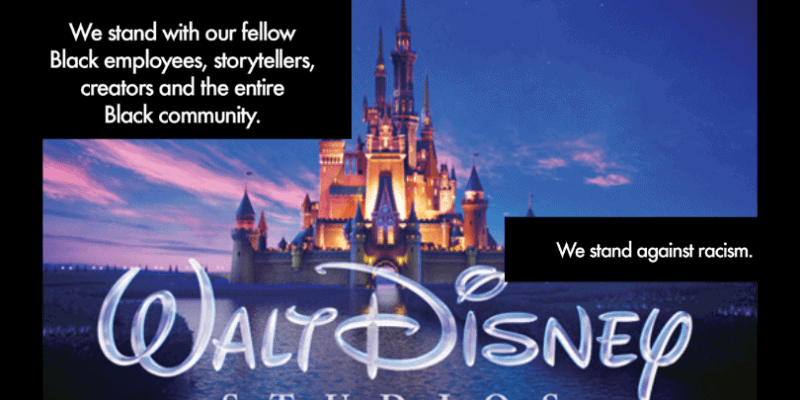 Today, Disney has released several statements against racism as protests continue across the U.S.

We are all obligated to do more than witness this injustice. We support all who stand for a just legal system and seek to end senseless violence. We will not be silent.

ABC — a network owned by The Walt Disney Company — also released a statement on their Instagram today.

We believe in liberty and justice for all.

We stand with our Black colleagues, creators, performers, storytellers, viewers, and every ally of the Black community against systemic racism, racial injustice, senseless violence and oppression.

Additionally, The Walt Disney Company released a letter addressed to all company employees in light of the recent unrest following the killing of George Floyd and other instances of lethal attacks and harassment of unarmed black citizens in the United States.

In the statment, Disney CEO Bob Chapek, Disney Chairman Bob Iger, and Disney Senior Vice President and Chief Diversity Officer Latondra Newton share that while they are “struggling to make sense of the recent tragedies,” they are committed to diversity and inclusion, and they aim to focus their efforts to talk about these matters openly. Read the full letter from Disney here.

Comments Off on Disney Shares More Statements Against Racism as Protests Continue Across the U.S.