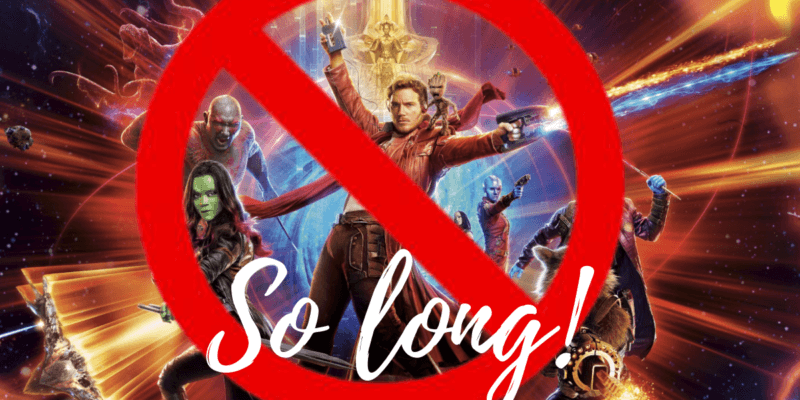 However, his latest Instagram post revealed some pretty intense news about the Guardians of the Galaxy series.

While both Gunn’s departure and a new cast for the fourth film have been rumored for a while, it’s still a pretty big shock to hear it from the man himself.

Gunn was always interested in doing a trilogy, though this of course became difficult when he was fired shortly after the release of the first Guardians sequel. He was later famously ‘un-fired’ and is now working on a third movie, the upcoming Guardians of the Galaxy vol 3.

Check out Gunn’s Instagram post below where he responds to a Marvel fan asking about the future of the Guardians franchise.

Bear in mind that Gunn did say ‘probably’, so nothing’s set in stone. Personally, I’d love to see Gunn helm this franchise well into its tenth sequel; something most Marvel fans will likely agree with!

Which Marvel characters will feature in Guardians of the Galaxy 4?

While it would be tragic to bid farewell to the team we fell in love within the first Guardians, the group is ever-evolving in the comics. We’ve already seen it grow with the inclusions of Mantis, Nebula, and ravager Yondu; only for us to quickly lose the latter at the end of Guardians of the Galaxy vol 2.

It stands to reason that the third movie will likely shake up the franchise some more, and possibly even write fan favorites out of the story. Longtime member Adam Warlock was teased at the end of the last film, so he’s a pretty safe bet. I’d also put my money on Rocket Raccoon and Groot surviving as they’re easier to re-cast should their actors ever want out of the Marvel Cinematic Universe.

Don’t forget that just like in the comic books, established Marvel superheroes can easily join the team too. Tony Stark even famously joined up for a while as a ‘cosmic avenger‘

Back in movieland, Thor seemed pretty tight with the team by the end of Infinity War / Endgame, and rumors of him joining the next (As)Guardians of the Galaxy movie have been circling ever since. Groot actor Vin Diesel even slipped up and accidentally confirmed that some of the team are to appear in Thor: Love and Thunder so the God of Thunder seems pretty primed to join them up; particularly if he passes the mantle of Thor to Natalie Portman’s Jane Foster.

Captain Marvel and Hulk have also both been rumored to interact with the team, but really any living character in the Marvel universe is on the cards to join Guardians of the Galaxy 4.

We’re crossing our fingers that James Gunn somehow stays on and becomes the eternal creative director of the Guardians of the Galaxy franchise. Regardless, it’ll be super interesting to see which characters old or new Disney and Marvel introduce into the team moving forward.

My money’s on Laura Barton.

Which character would you like to see in Guardians of the Galaxy 4? Let us know in the comments below.

Comments Off on Will Guardians of the Galaxy 4 Have New Cast? James Gunn Speaks Out