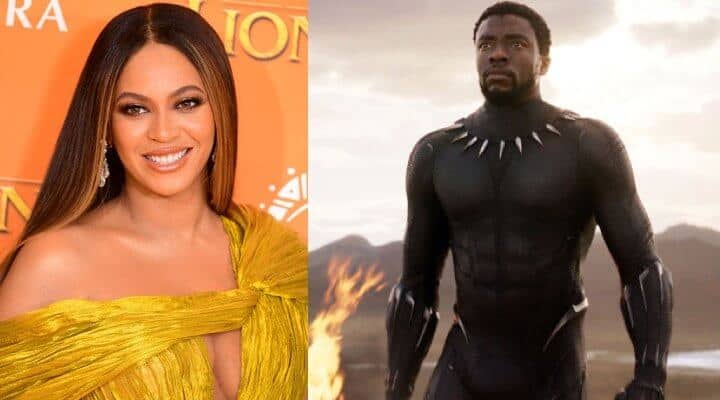 For many Marvel fans, it seems like a match made in heaven. One of the most successful solo artists of all time meets one of the best performing Marvel movies. Ryan Coogler’s Black Panther was a smash-hit back in 2018, enjoying both critical and commercial praise for its diverse cast and heartfelt story.

Since then, fans have anxiously awaited the return of Chadwick Boseman’s Black Panther in another solo film. Marvel of course obliged, and Black Panther 2 was announced with a 2022 release date.

Since then, information on the sequel has been scarce, but one persistent and interesting rumor has been that Grammy Award winner and all-round outstanding superstar Beyonce will join the motion picture.

Nothing is confirmed yet, so take this with a grain of salt, but twitter user @BeyonceViral, as well as a handful of other sources, have suggested that the Queen of pop may well join Black Panther 2 to curate its soundtrack.

Rumour has it Beyoncé has been booked by Disney to curate The Black Panther 2 Soundtrack. The movie is set to be released on 6th May 2022. pic.twitter.com/yIQUx699C8

This makes total sense, not just because of the star’s credibility as a prolific entertainer, but also her status as a highly successful African American woman. The mostly-black cast of Black Panther drew universal praise as a step forward for outstanding diversity; an ethos that Marvel Studios has since become synonymous with. Beyonce is, of course, a beloved and highly regarded black woman, so a sequel that will inevitably continue with the themes of black culture and black identity is an excellent fit for her. It also doesn’t hurt that every song she produces is a banger; man, that soundtrack will be awesome (if this is true).

It’s also vitally important that Marvel continues to give its movies strong female and black role models; two groups that have been historically marginalized by Hollywood. Beyonce is already a role model to many young black (and not black) women (and men) around the world and her inclusion as a curator of the film’s soundtrack would undoubtedly be appreciated by many. Women composers are depressingly rare, black women even more-so; wouldn’t it be awesome to see Black Panther 2 continue to reinvent the wheel and cast a black woman in this role?

Will Beyonce be IN the film?

However, (and this is now pure speculation), what about Beyonce as more than just the film’s soundtrack curator? What if she’s also due to star in Black Panther 2 as either a main actor or supporting actor? This certainly wouldn’t be out of the question, as the star collaborated on another Disney film with a mostly black cast set in Africa last year: The Lion King. Of course, as a musical, that film had a greater emphasis on its soundtrack, but it does lay out a certain precedent for the star’s involvement in future Disney projects.

Only time will tell, but we think having such a powerful black woman at the center of director Ryan Coogler’s Black Panther 2 is an automatic victory for diversity and respect for all races and ethnicities.

What do you think about this rumor? Would you like to see Beyonce either curate the soundtrack or star in Black Panther 2? Let us know in the comments below.

Comments Off on Beyoncé Allegedly Set to Feature in Black Panther 2: But in What Capacity?