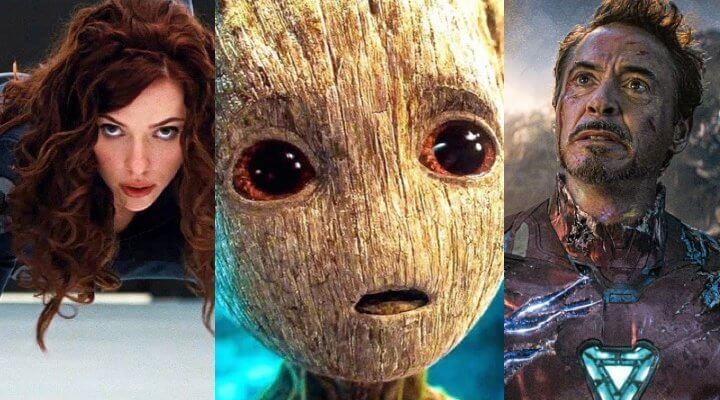 There was an idea. A bold idea to create a cinematic universe that linked individual superhero movies into something more than a franchise. Many tried to replicate this formula; Universal’s Dark Universe, Sony’s Amazing Spider-Verse, and the DCEU. All failed.

The Marvel Cinematic Universe is a truly unique intellectual property that captured the hearts of both Marvel comics fans and the mainstream public like none other. And the culmination of this ten year + saga? Avengers Endgame. The film that has made me cry more times than every Richard Curtis romantic comedy combined.

A true landmark in cinematic history, it’s impossible to put into words the excitement and anticipation that each would-be Avenger felt exactly a year ago today.

I’d say let’s celebrate and party, but that’s not really on the cards for obvious reasons. So instead, in honor of this momentous occasion, we at Inside the Magic are sharing our MCU memories. Our favorite parts of the Marvel Cinematic Universe that define this incredible franchise to each of us personally.

So call your magic hammer, put on that iron armor and let’s revisit some of the greatest moments Marvel Studios has ever put to screen.

‘Favorite MCU Moment, hands down… I love you 3000. If you’re a parent, and even if you’re not, seeing our beloved Tony Stark grow into fatherhood so beautifully, and witnessing that immeasurable love between a child and their dad, it was the most heart-warming moment for me of the entire MCU! And now, one of the most quotable. For good reason!

‘One of my favorite MCU moments is in Avengers: Endgame. While plenty of other scenes bring a smile to my face or tears to my eyes — from Yondu’s death scene in Guardians of the Galaxy vol. 2 to when Tony Stark tells Loki “We have a Hulk” in the first Avengers movie — this one takes the cake. When Tony Stark says “I am Iron Man” before he snaps his fingers while wearing the Infinity Gauntlet, risking his whole life to save humanity and his Avengers family, I (like so many others) was a complete mess. Nothing could have summed up the complete awesomeness that is Iron Man. That tops it all for me.’

‘As a huge Spider-Man fan and someone that had been campaigning to get Spidey into the MCU for years, I have to say that him appearing in Civil War was a huge moment for me. Just seeing the character I grew up reading finally done right by Tom Holland was a moment I will never forget.’

‘Remember when Drax moved so slowly that he was invisible? Of course you don’t. He is all-powerful and a masterful force to be reckoned with in the art of standing so still… that he becomes invisible. When Star-Lord and Gamorra’s romantic interaction was interrupted by Drax’s artform, I nearly fell out of my chair laughing. Now pass the Zarg Nuts.’

‘My favorite MCU moment was when Captain America finally got his dance with Peggy at the end of Avengers: Endgame. After putting all the Infinity Stones back in their proper place across the galaxy, Steve Rogers went home. To his true home. As all heroes do at the end of their journey. While I was completely ready to see Cap fall to Thanos after weilding Thor’s hammer, I am so glad the Russo brothers gave my favorite character the happy ending he so rightly deserved.’

Having to pick one specific scene from the MCU is difficult for me as I feel each film has its importance to the decade storyline and each film has its own unique moments. However, one scene that pops into my mind is when Star-Lord has to take on Ego. It is not only emotional to watch since Star-Lord now has to take on his own father, but it is empowering for that same exact reason.

‘Yeah, this is kind of a no-brainer. The most insane moment of the infinity saga is the moment where all seems lost in the battle against the mad Titan. Though Cap has claimed Mjolnir, Thanos and his crew have brutally outnumbered the flagging Avengers. Then what do we hear? “Cap, on your left”. The next five minutes represent perhaps the greatest five minutes at the cinema I’ve ever experienced. Everybody goes nuts. First Black Panther and co. Then Falcon and Doctor Strange. Pretty soon we’re joined by the Guardians of the Galaxy, Spider-Man, and everyone else, all to Alan Silvestri’s unfathomably epic ‘Portals’. You better believe I wept through every minute. Hell, even watching it back on Disney Plus makes me emotional. THIS is how you do a satisfying conclusion. One year on and I’m still baffled at how Marvel managed to satisfyingly tie up the Infinity Saga so perfectly.’

So happy birthday to the highest grossing movie of all time. Roll on the next ten years I say. Black Widow, you’re up next (eventually).

What is your stand out MCU memory? Did you catch Avengers: Endgame on opening night? Let us know in the comments below.

Comments Off on Happy Birthday ‘Avengers: Endgame’! We Share Our Favorite MCU Memories