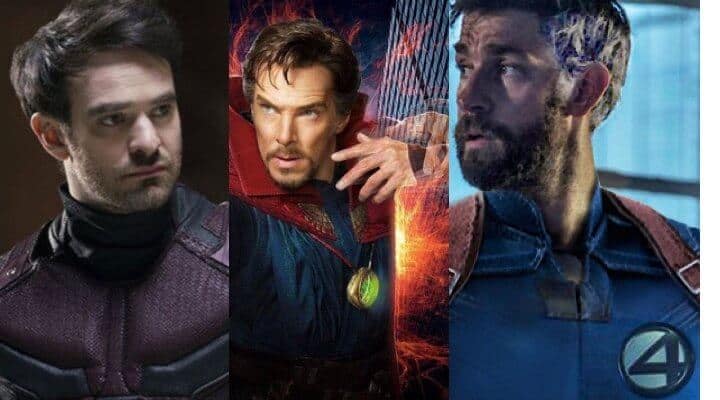 The elusive 2021 trilogy capper to the Disney and Sony Spider-Man series is one of two Marvel Studios movies left on Tom Holland’s contract (for now). We think it’s almost certain that after the fan backlash to Peter Parker’s removal from the MCU, he’s probably here to stay.

With that said, Disney and Marvel Studios have been uncharacteristically tight-lipped about the untitled Spider-Man 3. While we know that Spider Man Homecoming and Spider Man Far From Home director Jon Watts is returning, beyond that; Kevin Feige and company haven’t given much away.

However, this hasn’t stopped the fandom speculating, with the biggest questions being 1) which Spider Man villain will Peter be facing and 2) will any Avengers be there to support him?

Spider Man is, of course, famous for his rogues gallery and the MCU has taken full advantage of this. The Vulture and The Shocker (kind of) appeared in Spider Man Homecoming, followed by the Scorpion in a post-credits scene and of course, Jake Gyllenhaal’s Mysterio in Spider Man Far From Home. Kraven the Hunter has been long rumored to be Spider Man 3’s big bad, which could tie in nicely to the cliffhanger ending of Far From Home by adapting the comic book’s ‘Kraven’s Last Hunt’ storyline. Other rumors propose the introduction of Norman Osbourne / Green Goblin, whilst rumblings continue to suggest the inevitability of an MCU / Venom collaboration, for better or worse. And of course, we can’t avoid addressing the vampire in the room, as Michael Keaton’s Vulture was confirmed to be featured in the Jared Leto led Morbius movie.

But what of the heroes? Spider Man Homecoming, of course, featured Tony Stark / Iron Man, while Far From Home gave us Nick Fury, Mariah Hill, and Happy Hogan, but no actual superheroes. So what are the chances of Spidey collaborating with another Avenger for the conclusion of the ‘home’ trilogy?

Let’s break down who we think is most likely to pop up.

Captain America / The Falcon and The Winter Soldier

Fresh off of their own Disney Plus spinoff, we reckon that these two have a pretty good chance of appearing as supporting characters. They have a banterous history with the web-slinger dating back to Captain America Civil War, and if Spider Man is made public enemy number one, it’s pretty obvious that the government would want America’s super-soldier (and his plucky, Bucky sidekick) on the case.

Spider Man lives in New York. Doctor Strange lives in New York. Simples, right? Beyond that superficial similarity though, we think that Benedict Cumberbatch’s Doctor Strange could still play a pretty major role in this movie. Hear us out as there’s comic book precedence for this. In the Civil War comic, Peter Parker famously reveals his identity to the world, only to eventually have everyone forget it again via the magical powers of the demon Mephisto (essentially Marvel Satan). There’s no Mephisto in the MCU (yet), but who else do we know with reality-altering magical powers? Oh yeah.

More of a long shot here, but beyond both residing in New York City, this could certainly be an engaging way to introduce these iconic Marvel properties into the MCU. Matt Murdoch was of course portrayed by Charlie Cox in the Netflix series, so there’s really no reason not to use that version. Nothing in those shows interferes with the wider Marvel continuity, so why not introduce him to the film world proper via a team-up movie with Spider Man? The two have worked together in the comics several times, so it seems like a no brainer.

As for the Fantastic Four, while there’s been no official announcement of a reboot, we know that Marvel Studios now have the rights to the world’s most famous family. John Krasinski has been long rumoured to take the role of Reed Richards, and what better time to introduce them? My money would be on a post-credit scene involving the Baxter Building, but only time will tell. Just no ‘bag head’ Spider-Man, please.

Which Marvel Cinematic Universe superheroes would you like to see in Spider-Man 3? Would you like to see Captain Marvel or Black Panther join him again? Do you think that Eddie Brock or Jared Leto’s Morbius would work in an MCU Spider Man 3? Let us know in the comments below.