Rumors Resurface That John Krasinski Could Play Reed Richards in "Fantastic Four"! - Inside the Magic 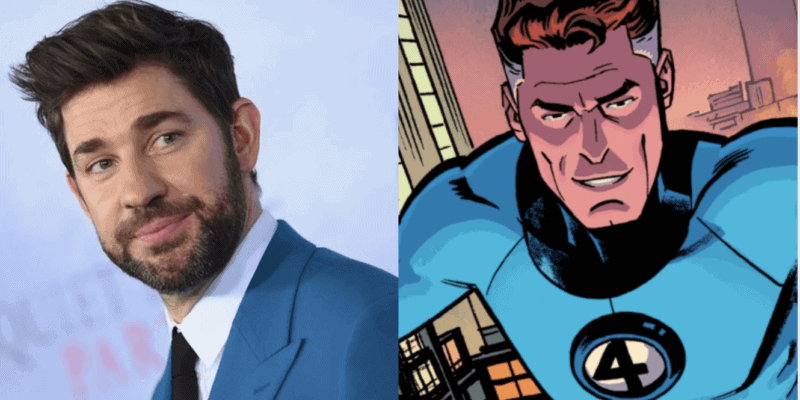 Former star of The Office , current horror filmmaker, and eternal optimist, John Krasinski, was recently part of a virtual meeting with Disney-owned Marvel Studios regarding a possible appearance in the Marvel Cinematic Universe.

Almost immediately after the report surfaced, the internet began swirling with rumors that Krasinski could be tapped to play Reed Richards, the alter ego of Mr. Fantastic, in the upcoming Marvel Fantastic Four film.

In a March 2020 interview with ComicBook.com, Krasinski discussed a potential Fantastic Four role, saying, “I would love to do it. I think to be a part of the Marvel world would be amazing anyway, and the fact that people would even consider me for that level of a part would be amazing. I genuinely have had no conversations or don’t know anything that’s happening with that.”

Although Fantastic Four isn’t likely to hit theaters until 2023 at the earliest, Geeks WorldWide pointed out that an early actor announcement wouldn’t be unheard of for Marvel Studios President, Kevin Feige.

As per Geeks WorldWide’s article, Feige announced “Brie Larson as Captain Marvel long before the solo film had a director, as well as Mahershala Ali as Blade at San Diego Comic-Con last year.”

Marvel fans have taken to the Twitter-verse to share their thoughts about Krasinski’s possible involvement in the MCU:

There is only one man for the job when it comes to playing Mr. Fantastic, Reed Richards in the MCU.

His name is John Krasinski and for old times’ sake, he better awkwardly look at the camera every so often at the Baxter Building like this… pic.twitter.com/gcX78n403d

Twitter user @CaptainFerg stated, “There is only one man for the job when it comes to playing Mr. Fantastic Reed Richards.” The social media user then hilariously referenced Krasinski’s longtime role as Jim Halpert on The Office.

What do you think about John Krasinski as Reed Richards? Who do you think should play villains like Silver Surfer and the other members of the Fantastic Four in the Marvel universe? Tell us in the comments!

Comments Off on Rumors Resurface That John Krasinski Could Play Reed Richards in “Fantastic Four”!