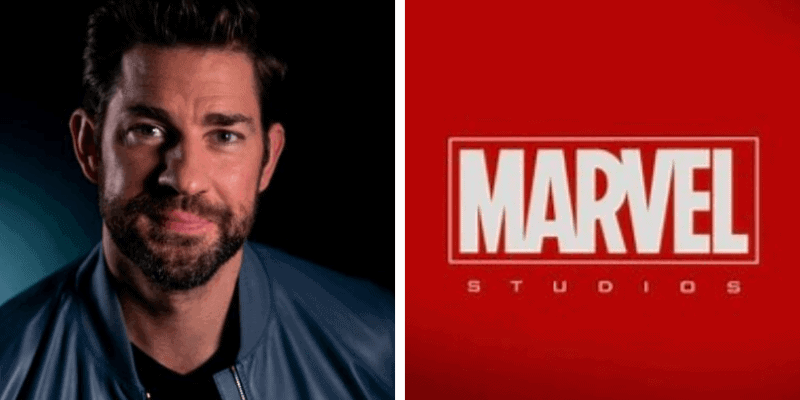 From The Office, to Jack Ryan and A Quiet Place, John Krasinski continues to prove himself a proficient actor and director regardless of genre. Now he wants to take his experience–especially that in comedy and action–and bring it to the Marvel Cinematic Universe.

But this is not news to anyone. Mr. Krasinski has already gone on record to say he’d “love to” be in a Marvel movie. Both he and fans alike have eyed him to play Mr. Fantastic of The Fantastic Four. Now that Disney has acquired 20th Century Fox, it was only a matter of time before the Marvel assets held by Fox–X-Men and Fantastic Four–would be rebooted and introduced into the MCU. But the topic has been brought up that Mr. Krasinksi could play Mr. Fantastic.

When asked about playing the leader of the Fantastic Four, Krasinski said:

“I was just about to walk into the worst pun ever, but I was like, that’s a fantastic role. That would be awesome. Marvel wrote the playbook on secrecy and awesome sort of tantalizing lay and wait until everything’s announced. I am not committed to the role or anything, but I don’t know when they’re doing it. But if and when they do it, I would love to talk to them about it.”

There has been no further word on this issue but we wait hoping. But while we wait for more news on him acting in the MCU, Krasinksi has also mentioned that he’s interested in directing a Marvel movie.

Related: “Fantastic Four” MCU reboot might be coming as early as 2022

When asked if he wanted to direct a Marvel movie, Krasinski had this to say:

“Wow, that’s a cool idea. It’s so interesting because I’m such a huge fan of Marvel. I think they do their own… They have such a great formula. Yeah, I’d jump in there. In Kevin [Feige] I trust. That dude is not only the most talented guy, but the nicest guy. Yeah, whatever he wants, we’d discuss it.”

So, if anything wasn’t clear already, John Krasinski is down to get involved in the Marvel Cinematic Universe. All that needs to happen–from where the fans are standing, anyway–is for Marvel to start that conversation. You hear that, Kevin Feige?

But Krasinski isn’t just sitting by the phone holding his breath. He’s currently working on his latest project,  A Quiet Place Part II, with his wife and Jungle Cruise star, Emily Blunt. The film is set to be released on March 20, 2020.

What do you think about John Krasinski getting involved in the MCU? If he were to act, what role would you want him to play? Let us know in the comments!