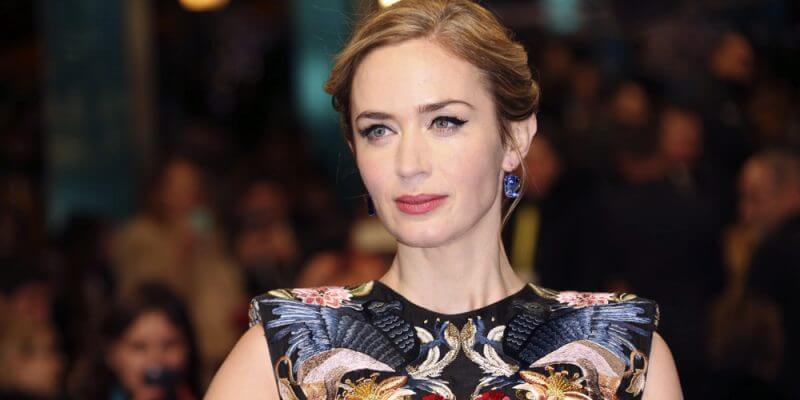 It’s no secret that the Marvel Cinematic Universe has a lot of new things up its proverbial sleeve.

The Universe is expanding as several new characters are scheduled to make their entrance into the MCU right before our very eyes on Disney+ over the next several years.

It’s also no secret that Marvel likes to cast Hollywood royalty in their films. But the latest reports suggest that the Universe may be looking to add a few more members of the Hollywood elite to its ever-growing roster of stars who portray Marvel characters.

The newest Mary Poppins may soon be trading in her umbrella and magic bag for superpowers.

Word has it that Emily Blunt has met with Marvel Studios. There’s no definite word yet on what came of the meeting between one of the biggest stars in Hollywood and one of the biggest film production powerhouses. It’s unclear whether Blunt was offered a role, and certainly no word on what new Marvel character she might portray.

It’s not too far-fetched to think Blunt might soak up a superhero role. One artist imagined Blunt and husband John Krasinski as Mr. Fantastic and Invisible Woman recently.

Blunt–who stars alongside Dwayne “The Rock” Johnson in Jungle Cruise and also in the upcoming Jungle Book film–and she was well-received as the formidable nanny with the notions–Mary Poppins in the live-action remake of P. L. Travers’ infamous story. She has even expressed an interest in returning to make a sequel to the remake. Blunt says she loves Mary Poppins’ character: “She’s completely bizarre and unknowable…I love that about her. Practical, yet magical.”

If Marvel does end up casting Emily Blunt in an upcoming MCU film as one of its newest characters, that would be pretty magical too.

How do you think Emily Blunt would do at portraying a new Marvel character? Is she the right actress for Marvel? Let us know what you think in the comments below!