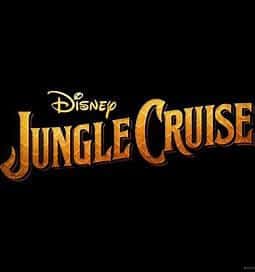 On Saturday morning, during a panel presented by the team at Walt Disney Studios at the D23 Expo, Dwayne “The Rock” Johnson wowed fans when he came out to greet the crowd–in a jungle boat.

“We wanted to make a movie that was big, that was epic, that had romance, big comedy, big action, but most importantly . . . it’s got me,” The Rock said to the crowd as he introduced details about the upcoming “Jungle Cruise” film, a live-action movie inspired by the Disneyland and Disney World attractions of the same name.

In fact, the lead-in just before The Rock came to the stage mentioned “the backside of water.”

The Rock’s co-star Emily Blunt came out on the stage at the D23 Expo as well and gushed about her excitement for the new film.

“We’re just so moved, so honored to be in a movie like this,” Blunt said to the crowd. “We both grew up just madly in love with Indiana Jones, so to be a part of something like this, this same spirit, just makes our hearts race.”

Blunt starred in the live-action reimaging of “Mary Poppins” in “Mary Poppins Returns,” which hit theaters in December 2018 to widely-receptive Disney fan base.

The Rock plays the role of the skipper in the upcoming film that drew its initial inspiration from the classic Disneyland attraction.

“When (Disneyland) opened in 1955, Walt Disney had one baby, and that baby was the Jungle Cruise,” The Rock said. “He was the very first Jungle Cruise skipper.”

“The Jungle Cruise” will row into theaters in July 2020.

Are you planning on seeing “The Jungle Cruise” next year when it comes to theaters? Let us know in the comments below.