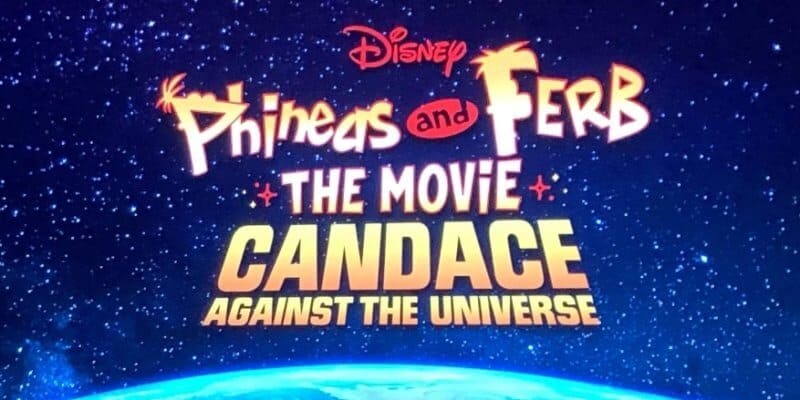 It’s been four years since summer ended for the last time, or so we thought.

This afternoon at the D23 Expo in Anaheim, an all-new Phineas and Ferb movie was announced. And the title is pretty cool: “Phineas and Ferb The Movie: Candance Against the Universe.”

The all-new movie will be available exclusively on Disney+, Disney’s new streaming service that goes live on November 12.

The new “Phineas and Ferb” movie will be released sometime next year on Disney+ and tells the story of the two stepbrothers and their journey across the galaxy to rescue their sister Candace “who has been abducted by aliens and has found utopia in a far-off planet, free of pesky little brothers.” (So, does she really want to be rescued?)

But Phineas and Ferb are intent on proving their admiration and concern for their sister and set out on a one-of-a-kind journey to find her and rescue her.

The original creators of the “Phineas and Ferb” franchise, Dan Povenmire and Jeff “Swampy” Marsh, are back as executive directors of the movie. Ashley Tisdale will reprise her role as Candace Flynn. Vincent Martella will voice Phineas Flynn, and Caroline Rhea will be back in her role as their mom, Linda.

Dee Bradley Baker will be Perry the Platypus. Other roles will be as follows: Alyson Stoner as Isabella, Maulik Pancholy as Baljeet, Bobby Gaylor as Buford, Olivia Carson as Vanessa, Tyler Mann as Carl, and Dan Povenmire and Swampy Marsh will voice the characters of Heinz Doofenshmirtz and Major Monogram, respectively.

It was also revealed at the D23 Expo that the new Disney+ streaming service will also have all 127 episodes of the animated “Phineas and Ferb” series in addition to the exclusive new upcoming movie.