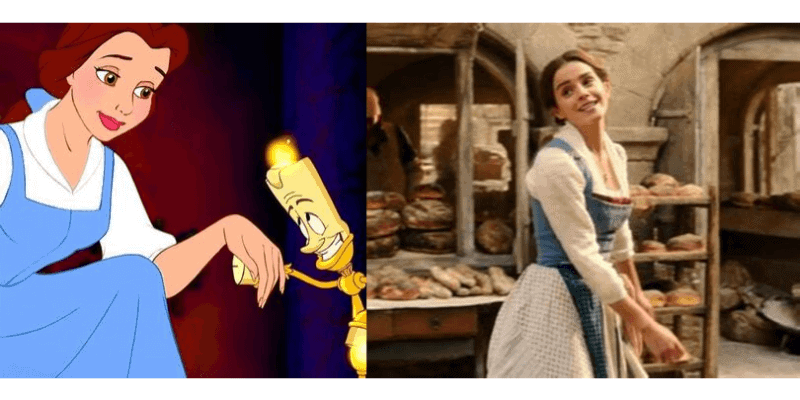 It was unsettling enough to hear that Disney was working on a live-action version of “Alice in Wonderland” back in 2010. The original Disney classic loosely based on Lewis Carroll’s “Alice’s Adventures in Wonderland” tells the story of Alice and her trip down a rabbit hole in search of the anecdote to her curiosity.

But Tim Burton had a radically different approach to the story of Alice. And in usual Tim Burton-style, the “remake” starred many of Hollywood’s elite, but it was chock-full of imagery most considered inappropriate for the kind of audience who could have sat through the 1951 Disney classic.

To be honest, it just seemed odd that any studios, but especially Walt Disney Studios, would want to try to trump a classic. I remember thinking it was ludicrous. Just plain ludicrous.

“Remakes” don’t trump classics. Ever. That’s what makes them, by definition, classic.

And I naively thought the “remake” genre would be a passing phase. And I might have been right–for a few years.

Fast-forward to “Maleficent.” The year is 2014. I was shocked–and even a little offended, if I may be so forthcoming. Why? Because Disney’s 1959 “Sleeping Beauty” is, in my humble opinion, the most perfect piece of Disney greatness ever to grace the silver screen, the small screen–any screen for that matter.

So on May 30 of that year, I made sure I was busy. Busy rearranging a sock drawer, busy feeding the cat, busy doing anything but going to see the theatrical release that sought to glorify sweet Aurora’s arch-nemesis.

My adoration for everything about the 1959 classic is second to none. So you can imagine how incensed I was to hear the “origin story” of the Mistress of All Evil. Really? Really, Disney? Not only are we attempting a “prequel” to the perfectly classic film that was constructed under Walt’s direction, but now we are attempting to drum up compassion for Maleficent, one of Disney’s most evil villainesses?

That didn’t sit well with me at all. And two years later when I did watch it, I hated it even more than I thought I would. I left the room before it was over. Plus, I don’t care for Angelina Jolie as an actress. Sorry not sorry.

The day after my birthday in 2015, Disney released the live-action remake of “Cinderella” in theaters, and the blue dress alone worn by Lily James at the ball was frustrating to me. It was symbolic of all the obnoxiously different differences between the 1950 classic and the 2015 remake.

But it didn’t stop there. And it hasn’t stopped since. In fact, Disney has produced at least one major live-action remake of a classic every single year since 2014. And it’s disgraceful.

In April 2016, Mowgli graced the big screen again, this time as a real boy, not an animated concept, in the live-action remake of Disney’s 1967 “The Jungle Book.” This was offensive to me–and to many fans of classic Disneyana and “Walt-lore”–as the 1967 feature film based on Rudyard Kipling’s book was the last Disney film ever to have the hands-on genius of Walt Disney himself. Walt worked tirelessly on the film before his diagnosis of lung cancer and his passing in 1966.

Any remake of Disney’s “The Jungle Book” felt blasphemous at best. Also, Kaa is a male snake. Again, sorry not sorry.

Only a month and a half later, I’ll be darned if Disney didn’t release another macabre remake-style version of “Alice in Wonderland.” Only this time, Mr. Burton was clever enough to title the film, “Alice Through the Looking Glass,” Mr. Carroll’s original title of the sequel to the first novel.

“Beauty and the Beast”

St. Patrick’s Day 2017 proved unlucky as the live-action remake of Disney’s 1991 “Beauty and the Beast” hit theaters that day. I’ll admit I saw this one in the theater in April that year. (Mommas make lots of sacrifices for their kids.) But it was still no dice.

And no, I won’t join the club in fussing about Emma Watson’s out-of-place British accent (Belle is French). After all, an American actress lent her voice to Belle in the original animated feature, and she didn’t even attempt to feign a French accent, so I won’t fault Hermoine for her non-French sound.

My distaste for this film is for the same reasons I dislike the other remakes: classics are not to be remade. If they are in need of a redo, I’m fairly certain that means they aren’t classics.

In 2018, Disney released “Christopher Robin,” a new live-action film based loosely on the characters from A. A. Milne’s “Winnie the Pooh.” The film pulled on our heartstrings, and as long as we’re still being honest, I gave this film a free pass, simply because it featured Winnie the Pooh and Tigger.

Nobody can be uncheered by Pooh and Tigger.

But it was the next year that saw more live-action remakes than any other year so far.

This year, we have seen more live-action remakes of Disney films than ever before. In March of this year, we were introduced to the live-action version of Disney’s 1941 “Dumbo.” And if you thought “Baby Mine” made you cry with an animated herd of elephants…

Two months later in May, Disney released a live-action remake of “Aladdin” (1992) with Will Smith taking the wheel from the late Robin Williams as the Genie. And though the live-action version of “Aladdin” is one of the better of the remakes, the early-90s version just didn’t seem to need a redo, even if Will Smith did carry the role of Genie very well.

Over the summer, Disney released a remake of “The Lion King,” in an attempt to woo crowds with CGI-created versions of Simba, Nala and company, rather than the 2-D animated version of the characters we were first introduced to in 1994. Again, there was no need.

Angelina will take to the silver screen again as the evil mistress again in “Maleficent: The Mistress of All Evil,” and on November 12, the live remake of Disney’s “Lady and the Tramp” will debut on the Disney+ streaming service.

The one thing we can say for the canine remake is that Disney did better in opting for live furry friends, as opposed to CGI-created characters. But if ever there were a Disney classic, surely the original 1955 version of “Lady and the Tramp” serves as the epitome.

And, in case I haven’t quite driven the point home yet, classics are not to be remade.

2020 and beyond: Will the remakes ever stop?

The year 2020 and beyond will see even more of these remakes. “Mulan” is coming in 2020 although its release was delayed due to the global pandemic. Disney will have the live-action Mulan film coming to Disney+ beginning September 4 in the U.S. for an additional charge.

Following in 2021 is “Cruella,” an origin-type story about why the villainous fur-wearing puppy hater from Disney’s “101 Dalmatians” is what she is.

Dates beyond “Cruella” elude us at this time, but we have either confirmation or strong rumors about “The Little Mermaid,” “Peter Pan,” “The Princess and the Frog,” “Lilo and Stitch,” “Pinocchio”…there seems to be no end in sight. And it’s infuriating.

It would appear to many fans of the Mouse that Walt’s beloved studios are just fresh out of ideas. Is that why all that’s coming out of the Disney movie mill are remakes of what was already perfection, with the exception of the upcoming “Frozen 2”?

Pixar doesn’t seem to be having the same bout of writer’s block. We can’t seem to contain all the creativity and new ideas coming from Andrew Stanton, Brad Bird, Pete Docter, Lee Unkrich and the rest of the gang at Pixar Animation Studios. We’re looking forward to “Onward” and “Soul,” largely because they are new, not remakes.

It’s time for Disney to get back to the drawing board, quite literally. Disney has long been known for quality, and the incessant list of upcoming remakes is not quality. It’s repetition. It’s standing on the shoulders of giants.

It’s time for a new beginning. #BringBackImaginationDisney. How’s that for a new Twitter campaign?

Are you tired of the live-action remakes like I am? Let me hear your thoughts in the comments section below.