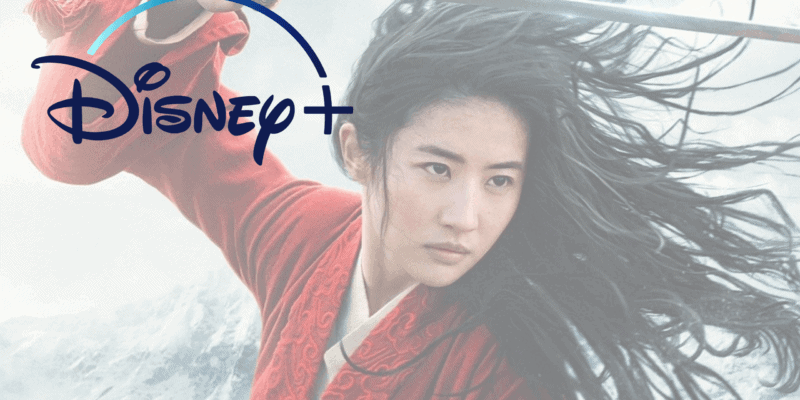 Huge news as Disney has just announced that the live-action Mulan film is coming to Disney+ beginning September 4 in the U.S. and other markets that include Australia and some Western European countries.

As part of this release, Disney is following the Universal pattern of releasing movies for people to watch at home by charging users $29.99 to watch Mulan on Disney+.

Disney is also set to release Mulan theatrically where markets don’t have Disney+ and when it is safe to release the movie in theaters.

This is a huge move for Disney who we previously thought wouldn’t even consider this way of releasing movies. The price point is pretty high for what we originally assumed would be a rental but works in a similar way (though more expensive) to how Universal Studios released Trolls World Tour earlier this year.

However, reporter Scott Gustin has confirmed since our initial report that the $29.99 fee will simply give Disney+ subscribers access to Mulan earlier than othet Disney+ users will receive it. See below:

Update: Disney+ says $29.99 will give you “ongoing access to the film” as long as you are a subscriber.

It does not sound like you will “own” the movie – you’re basically paying for the film to be available on your account earlier than other Disney+ users. https://t.co/osFCJ1KbyG

We see this as a huge positive for the movie industry which has remained fairly stagnant in the way that movies have been released for years. Many people (even after the pandemic) will feel uncomfortable going to see a movie at the theater for the foreseeable future. It also allows those who don’t have the time to see the movie at theaters the ability to watch a movie in the comfort of their own homes.

We would expect Disney to be looking at the release of Mulan onto Disney+ very carefully to see if this is a business model that can be applied to future Disney released, notably, Black Widow.

Black Widow was actually inquired about on the call. Answering a question about that film and others, Bob Chapek said:

“Were very pleased to bring Mulan to our consumer base who has been waiting a long long time for this release. But were looking at Mulan as a one-off as opposed to a new business model. That said, this is a new business model and we will be monitoring the transactions very closely.”

Disney has made this very clear on the call that at this time, Mulan is a test to see how this way of premiering movies could work on Disney+.

This truly could pave the way for how Disney releases movies in the future. Despite the cost of the access to the film, we have no doubt people are going to be purchasing this in the thousands. If this does succeed then it sounds like Disney will be thinking about how this can be applied in the future.

Will you be watching Mulan on Disney+ and paying extra to see it? Let us know in the comments below!