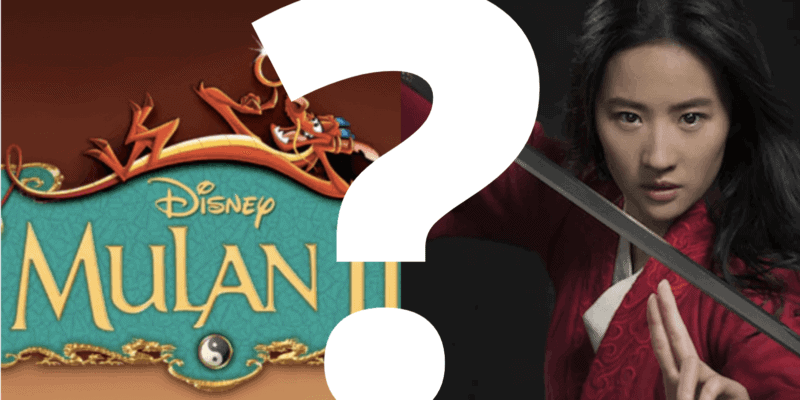 Even though Disney has not yet seen what the box office return will be for its live-action adaptation of Mulan, the film studio appears to have great confidence in the feature film, as they have reportedly already begun early development of Mulan 2.

The live action Mulan, which stars Chinese actress Liu Yifei as the title character and Jet Li as the Emperor, was originally slated for a March 27 theatrical release. When the worldwide pandemic delayed numerous movie releases by Walt Disney Studios and other major studios, however, Mulan was pushed to July 24.

If the reported Disney’s live-action Mulan sequel is in development, Disney executives clearly believe that the upcoming feature film will have success. Given the success of other live-action Disney remakes, including The Lion King and Beauty and the Beast, Disney Studios’ optimism probably isn’t misplaced.

According to Patreon.com, producers Chris Bender, Jason Reed, and Jake Weiner will return for a second project featuring the Chinese Disney Princess. There is currently no information about Director Niki Caro’s status for a second Mulan.

Although Disney fans have not yet seen the upcoming Mulan movie, much is known about the storyline. It differs significantly from the original 1998 animated version of the movie; songs have been removed, Mushu has been axed, and there will be no Li Shang character.

The live action remake is meant to focus more on the traditional Chinese legend, the Ballad of Mulan, which features a female warrior named Hua Mulan who saves China from destruction. Because the new Liu Yifei adaption is decidedly different from the animated Disney Mulan, it is tough to guess what adventure a second movie might follow.

Walt Disney Animation Studios did release an animated Mulan II in 2004. The straight-to-video release is currently streaming on Disney+ and follows Mulan’s story as she prepares for her wedding to General Li Shang. Ming-Na Wen reprised her role as Mulan in the animated sequel, which also featured the voice talents of well-known Asian-American actresses, Lucy Liu and Sandra Oh.

Do you have ideas for the potential live-action Mulan sequel storyline? Tell us what you think Mulan’s next adventure should be in the comments!