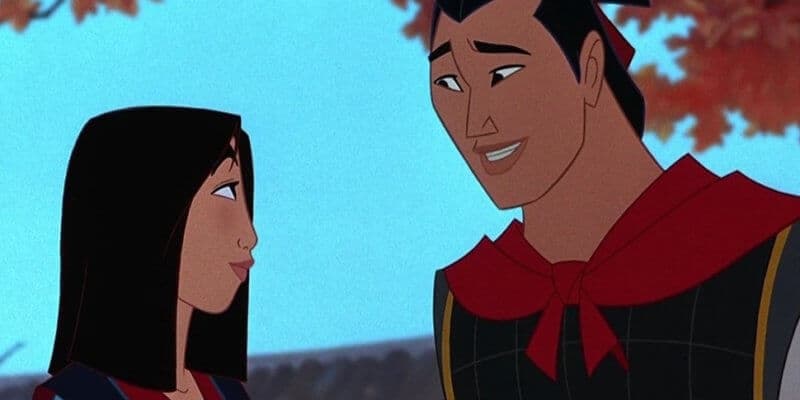 Disney fans have been waiting on the movie powerhouse’s live-action Mulan film for years and the wait is finally almost over. The new retelling has been altered fairly significantly from the 1998 version, with the removal of songs, fan-favorite Mushu, and Li Shang, Mulan’s love interest from the original animated film.

You’re not alone if you’ve been wondering why the latter was removed from the live-action story, as he played a vital role in the storyline. Disney fans have pandered around a variety of theories, such as the fact that Disney executives might be trying to hold true to the actual Chinese tale of a female warrior who saved China. The real-life Mulan probably didn’t fall in love with someone in her ranks.

Now, the film’s producer, Jason Reed, has set the record straight in an interview with Collider. Fans weren’t completely wrong. The team behind the long-awaited film decided that “particularly in the time of the #MeToo movement, having a commanding officer that is also the sexual love interest was very uncomfortable and we didn’t think it was appropriate.” This is a conclusion most fans will be able understand and get behind.

The production team did want to ensure that Mulan wasn’t left without the leadership that Li Shang provided in the original film, however, so they created two new characters to take his place. As Reed explained, “One became Commander Tung (Donnie Yen) who serves as her surrogate father and mentor in the course of the movie. The other is Honghui (Yoson An) who is [Mulan’s] equal in the squad.”

Li Shang’s original voice actor, BD Wong, stated, “I feel no ownership over the original movie. I’m very proud to have been in that movie. It was one of the last movies they made where they actually drew the pictures, it was at the frontier of a time when Asian-American actors claiming Asian roles in voiceover became a thing.” The live-action retelling continues this tradition with a full cast of Asian and Asian-American actors.

Mulan hits theatres March 27. If the trailers are any indication, moviegoers are in for a visual feast with stunning costumes and settings. Will you be seeing Disney’s latest foray into live-action territory on opening weekend?

Comments Off on Wondering Why Li Shang Was Removed From the Live-Action Mulan Movie? The Producers Tell All!