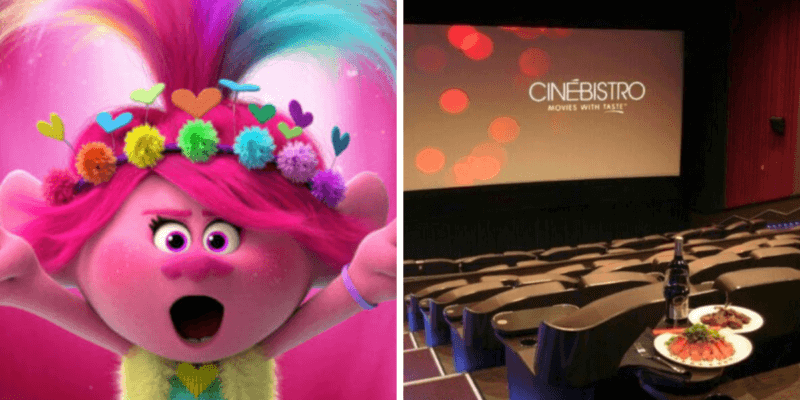 Before the pandemic shut them all down, movie theaters like AMC were experiencing a renaissance, in a way. From assigned seating with giant recliners to full-fledged “cine-bistros,” it has never been more comfortable to see a movie.

But with this evolution, theater-going is becoming more and more adult. Not just because places like CineBistro have implemented age restrictions, but because the effort in both time and money required to go to the movies let alone sit and enjoy them. And digital streaming platforms like Disney+ aren’t making it any easier.

The success of Universal’s Trolls World Tour outside of movie theaters has only further illustrated that divide between movie-watching kids and adults. The feature-length animated sequel is marketed toward an age demographic that isn’t quite ready for the new movie theater experience, let along ready to get out and see the movies by themselves.

Universal is doing parents a favor by releasing the film straight to VOD. Along with having a new way to keep their kids busy, parents no longer have to worry about getting their kids to the theaters, make sure their quiet and sit still. The little kids are now able to just stay at home and watch their new favorite movie over and over again.

In short, the Trolls sequel has an in-home demand far greater than other films. The Wall Street Journal says it “Charts a new path for Hollywood,” but that path should not group all would-be theater-going films together. There should be a distinction between films like “Family movies” and “Children’s movies,” and the studios should start looking at the at-home demand and ask themselves a question: “Should we really release this movie in theaters?”

The Difference Between “Family Movies” and “Children’s Movies” 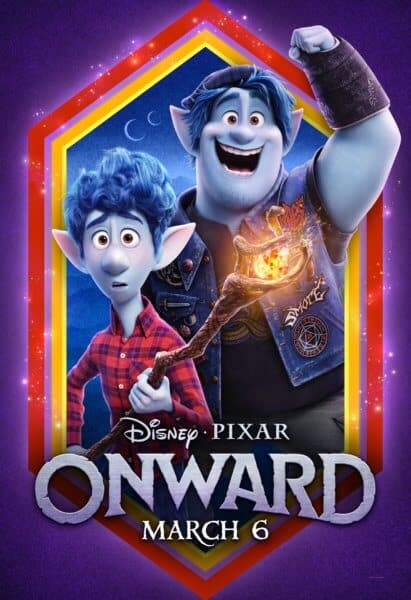 The decision should come down to understanding that the film is either for children or for families. By definition, family movies are for families. They offer something for everybody in the family and get people of all demographics into the theaters individually.

Children’s movies are for children. Yes, they add things that appease to the older demographics coerced into watching the film (ex. Trolls World Tour features a soundtrack of all mom and dad’s songs), but they are made for kids. And they rely on parents getting the kids into the theaters.

Grownups will still go see a Disney movie like Onward by themselves on a date because Disney makes family movies: PG-rated movies for adults. Universal’s Trolls…I’d argue not so much.

Yes, Trolls World Tour proved that a movie could be more successful when released digitally instead of in theaters, but that it is because Universal increased its reach to those parents who may not see the experience of seeing the film in theaters worth the effort required. Again, it depends on the movie and its target audience.

“Is it worth the effort?”

Movie theaters are entering a new level of romanticism. The overall experience is being elevated, and more effort is required from the movie-goers.

We’ve all heard the phrase “No, you have to experience this movie in the theaters to get the full experience,” and most of the time, the people who say that are right. Whether the motive is to be a part of history like seeing Avengers: Endgame or for the audio/visual effects like watching Star Wars: The Rise of Skywalker in the special THX or Dolby theaters. But it is a conscious, extra choice to go have that experience.

There will always be those people willing to put in the effort and family movies like Disney’s market towards an audience with more individual people able to make that choice on their own. But studios need to start looking at their projects, the theaters, and digital platforms and ask themselves, “Where is this film going to make the most money? Do people really need to see it in theaters?”

For the time being, the Academy of Motion Picture Arts and Sciences has allowed all movies released on VOD and streaming platforms that originally intended for theatrical release to be eligible for the 93rd Oscars. If the change becomes permanent, and straight-to-digital films become eligible, it could usher in a new era that sees fewer movies released in theaters. But the ones that are released in theaters will be worth the effort.

Do you think it’s still worth it to go to see a movie in theaters? Parents, would you prefer to see movies like Trolls World Tour in theaters or do you want them to be released straight to digital? Let us know in the comments!