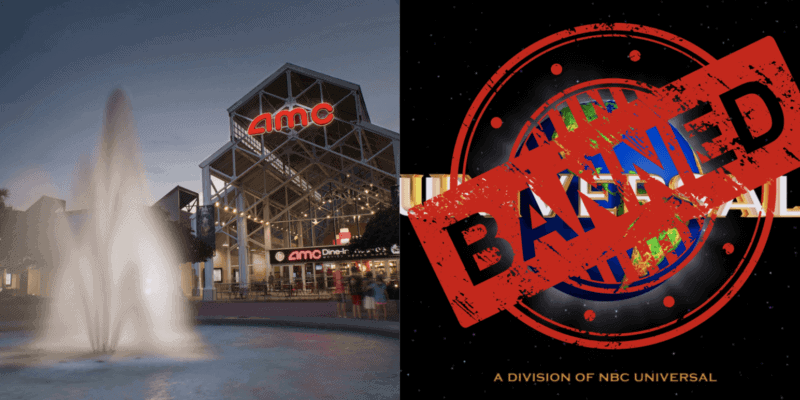 Movie theatres have taken a major hit while social distancing regulations have been in place. Many theatre chains, including North America’s largest, AMC, have experienced major financial problems as a result of their forced closure.

Now that many states are beginning to reopen, American movie theater executives are starting to think about when they can start allowing audiences to once again view movies on the big screen. AMC, in particular, has stated that they will not reopen until they “have a reason to.”

There are several potential blockbusters slated for this summer, including Disney’s live-action Mulan on July 24 and Christopher Nolan thriller Tenet, distributed by Warner Bros. We can say for certain that AMC movie theaters won’t be reopening for one of Universal Studios films.

In an incredible move, AMC CEO, Adam Aron, has announced that the massive North American theatre chain will no longer play any Universal movies, despite the recent success of Trolls World Tour’s digital release.

This might seem surprising, given the fact that Trolls World Tour broke numerous digital records, bringing in nearly $100 million and selling upwards of 5 million digital copies. According to the Wall Street Journal, the popular kids’ film charted “a new path for Hollywood.”

Universal’s response to this success, however, is exactly what upset Aron. NBCUniversal CEO. Jeff Shell stated that the film production company expects that, as “soon as theaters reopen, we expect to release movies on both formats.”

Although we haven’t heard other movie theatre executives’ response to this decision, Aron and the AMC theatre board took it as an affront and deemed Shell’s comments about future films “unacceptable.”

Aron wrote, “It is disappointing to us, but Jeff’s comments as to Universal’s unilateral actions and intentions have left us with no choice. Therefore, effectively immediately AMC will no longer play any Universal movies in any of our theatres in the United States, Europe or the Middle East.”

The AMC head’s letter continued, “This policy affects any and all Universal movies per se, goes into effect today and as our theatres reopen, and is not some hollow or ill-considered threat. Incidentally, this policy is not aimed solely at Universal out of pique or to be punitive in any way, it also extends to any movie maker who unilaterally abandons current windowing practices absent good faith negotiations between us, so that they as distributor and we as exhibitor both benefit and neither are hurt from such changes.”

It is worth noting that, although other film production studios, including the Walt Disney Company, are sending certain films straight to their streaming platforms (Disney made this move with Artemis Fowl, opting to directly release it to Disney+), Universal Studios is, as per Aron’s comments, the only company “contemplating a wholesale change to the status quo” in regard to their theatrical release schedule.

Once movie theatres are allowed to reopen and resume normal operations, it will certainly be interesting to see how the AMC theater ban on Universal movies plays out. Stay tuned to Inside the Magic for updates to this still-developing story.

What do you think about AMC theatres no longer playing Universal Studios films? Share with us in the comments!