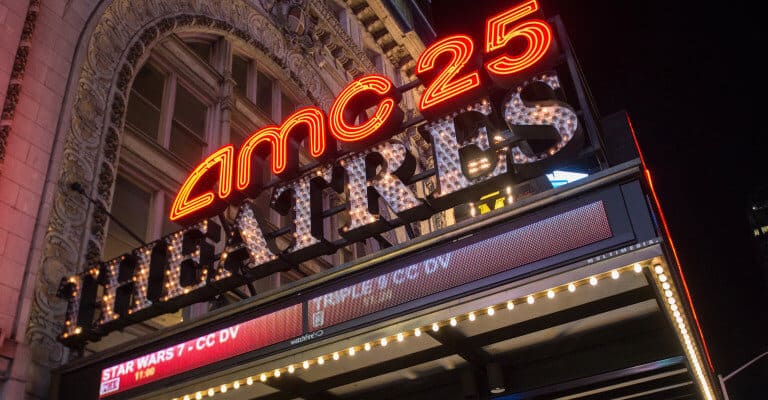 As a few states announce plans of reopening following the current pandemic, AMC Theatres announced Friday it will not be reopening its over 630 U.S. locations until Hollywood puts out a new movie — and according to Hollywood Reporter, this could be as late as July 17 with the release of Christopher Nolan’s Tenet.

As we’ve previously reported, the beloved movie house has been reported to be facing financial crisis since their temporary closure following the pandemic — with some reports questioning if the company would ever reopen?

This news first came after the debt rating agency S&P Global Ratings downgraded AMC Entertainment’s credit rating from ‘B’ to ‘CCC-,’ which is used to denote a company’s default is imminent, with little prospect of recovery.

“As we plan our reopening, the health and safety of our guests and associates is our absolute highest priority. To be able to open, we also need a line of sight into a regular schedule of new theatrical blockbusters that get people truly excited about returning to their favorite movie theaters. Those blockbusters are scheduled to return this summer, beginning with Warner Brothers’ Tenet and Disney’s Mulan, with many more major titles scheduled immediately thereafter,” AMC said in Friday’s statement.

The company continued stating they expect to open their theaters in the weeks ahead of these new blockbusters by “utilizing creative programming of immensely popular previously released films.”

However, they only intend to do so “in advance of the release of major new movie titles,” the statement continued. AMC also states in their release that the company “is currently working through every detail required to successfully showcase these exciting new releases in an environment that’s safe and welcoming for moviegoers.”

AMC says it will share these details as they get closer to the dates when their theaters will reopen.

It is true that AMC is the largest movie chain in the U.S. Although, the company had been bearing large debt prior to the pandemic, which caused the company to take a $500 million debt offering earlier this month to keep from filing Chapter 11 bankruptcy.

When do you think AMC will reopen to the public? Let us know your thoughts in the comments.