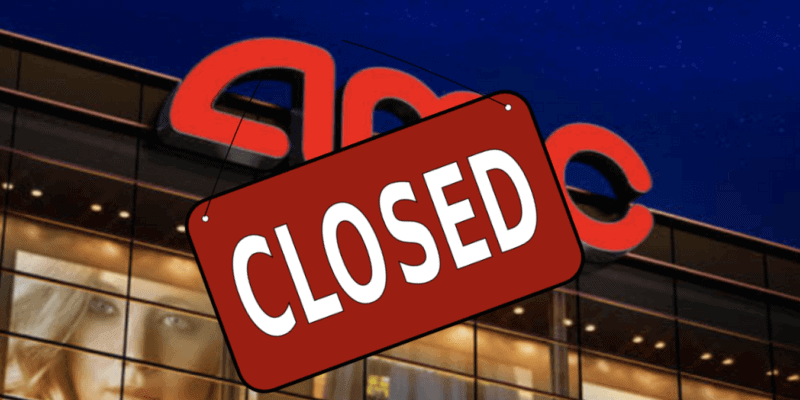 As per Inside the Magic’s last AMC movie theatres update, the company was planning to close all locations for 6-12 weeks. Now, debt rating agency S&P Global Ratings have downgraded AMC Entertainment’s credit rating from ‘B’ to ‘CCC-.’

This business credit rating is used to denote, “Default imminent, with little prospect for recovery.” With the rise of streaming services like Netflix, Hulu, and more recently, Disney+, many movie theatres around the country had seen a reduction in business prior to the ongoing pandemic outbreak.

Since being forced to close due to federal and state social distancing regulations and shelter in place orders, movie theatres like AMC have fallen on even harder times.

Financial analyst S&P Global stated, “We expect AMC Entertainment Holdings Inc.’s (AMC) theaters will remain closed beyond June due to the impact of the global pandemic. We do not believe AMC has sufficient sources of liquidity to cover its expected negative cash flows past mid-summer.”

At the end of the 2019 fiscal year, AMC reported a $5+ billion deficit and losses totaling $149 million. AMC Entertainment’s subsidiaries, including Odeon Cinemas, could also be impacted should the movie theatre chain close its doors permanently.

S&P did acknowledge that, “While unlikely, we could raise the rating if AMC were able to secure additional liquidity without further burdening its capital structure and if we expected the company would be able to generate substantial cash flow in 2021.”

The analysts continued that they would need “a view that the box office would return to normalized levels in 2021.” This is a long shot, as film production studios have announced that they will be skipping theatrical releases entirely for certain upcoming movies, further hurting the box office.

Most recently, Walt Disney Studios confirmed that Artemis Fowl, originally slated for a May 29, 2020 release date, will go straight to streaming on the Disney+ platform.

It is not yet known how the potentially lengthy pandemic closure will impact other chains besides AMC movie theatres, including Cinemark and Regal Cinemas.

The Inside the Magic team will continue to monitor the situation and bring you updates as needed.

What do you think about how closures are affecting movie theatres? Let us know in the comments.