AMC: Disney 2021 Movie Slate Might be Too Little Too Late - Inside the Magic 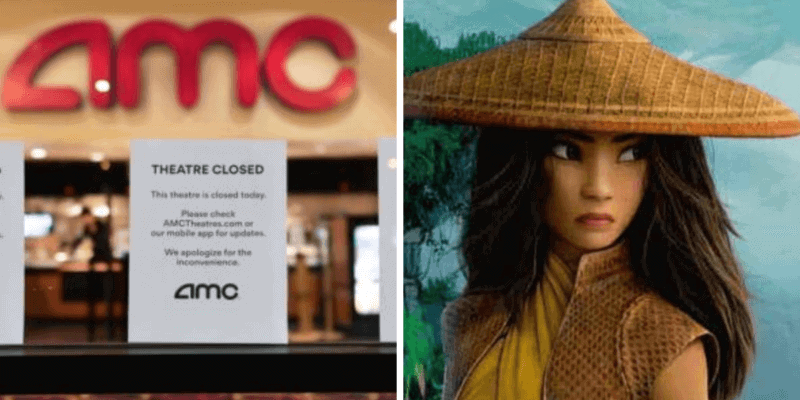 AMC Theaters will live to see 2021, but how much of that year remains in question.

On December 10, the world’s largest movie theater chain revealed in its regular filings that it was able to raise $100 million from investment firm Mudrick Capital Management LP, falling far short of the $750 million needed to keep its theaters open.

We at Inside the Magic previously reported that AMC expected to deplete all existing cash resources by either the end of 2020 or early 2021 and that it was desperately trying to sell stock and allocate funds.

Now, according to THR, AMC updated the language on Friday to say, “In the absence of additional liquidity, the company anticipates that existing cash resources will be depleted during January 2021.”

AMC Theaters also did not mince words in its filings, blaming the modified distribution plans of Universal and Warner Bros. Universal recently reduced AMC’s exclusive distribution window from 90 to 17 days, and Warner Bros. announced that they will be releasing their entire 2021 slate simultaneously in theaters and on its direct-to-consumer streaming service, HBO MAX.

“These challenges have been exacerbated by the announcement by Warner Bros. that its entire studio film slate for 2021 will move to simultaneous release, which may result in other studios adopting a similar strategy,” AMC said in the filing.

It seems that Disney, at this point, is AMC’s only hope. The Walt Disney Company announced at its 2020 Investors Day event that it will be looking to optimize what content is released where. In other words, while fewer movies will be going to theaters, the data will project those are the films expected to be the most successful.

Disney still has several highly-anticipated movies from across its reach still dedicated for exclusive theater debuts, and while officials announced that Walt Disney Animation Studios’ Raya and the Last Dragon will be a simultaneous release, it will only be available on Disney+ via premier access. It could be argued that seeing it in theaters will be the better move financially for some parties.

But is Disney’s theater push too little too late? The first feature film set to hit theaters again from beneath the Disney corporate umbrella is Raya and the Last Dragon on March 5, followed by Searchlight’s The King’s Man on March 12. Two months after AMC is set to run dry.

Only time will tell if AMC will be able to raise enough cash to remain open and hold out for just a few more weeks, and if Disney’s films will be able to get people in the seats despite current situations with COVID-19, with certain theaters in both California and in New York remaining closed, and with the rise of streaming. Or, if it will finally fall into Chapter 11 bankruptcy.

Do you think AMC can survive? Why or why not? Let us know in the comments!