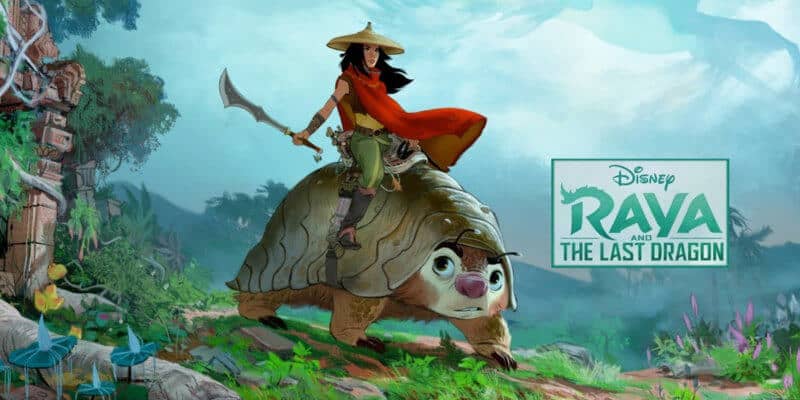 Disney has made major announcements during this year’s Investors Day for 2020. Raya and the Last Dragon will be available on Disney+ AND theaters simultaneously!

With Disney putting so much emphasis on Disney+ and all of their direct to consumer platforms and services we are not surprised to see an announcement that a major animated feature will be going to Disney+.

Raya and The Last Dragon will be coming to both theaters and Disney+ on the same day, March 5, 2021. This will be part of Disney+ Premier Access just as Mulan was when it released earlier this year. When Mulan first debuted on Premier Access, it was an upcharge of $30, though there is no word yet on whether the price will change for Raya.

This is what Disney had to say on Twitter after the announcement was made:

Welcome to the Kingdom of Kumandra. Raya and the Last Dragon is coming to theaters and on #DisneyPlus with Premier Access on March 5, 2021. #DisneyRaya

Welcome to the Kingdom of Kumandra. Raya and the Last Dragon is coming to theaters and on #DisneyPlus with Premier Access on March 5, 2021. #DisneyRaya pic.twitter.com/tF94qRTo0E

They also included this poster of the animated film that we have not seen before!

Here is the film’s official description:

Star Wars actress Kelly Marie Tran is set to bring the voice of the main character, Raya to life. While Disney has not revealed much to fans, we do have more details about the characters we can look forward to seeing in this brand new Disney animated film. You can read those details here!

While Raya and the Last Dragon will be an upcharge to the Disney+ experience, not every movie that is premiering on Disney+ will be that way. Pixar’s Soul will debut on Dinsey+ this Christmas for no extra charge. No word from Disney on how they are making the choice on which films are going to be an upcharge.

What do you think of this announcement? Let us know in the comments!