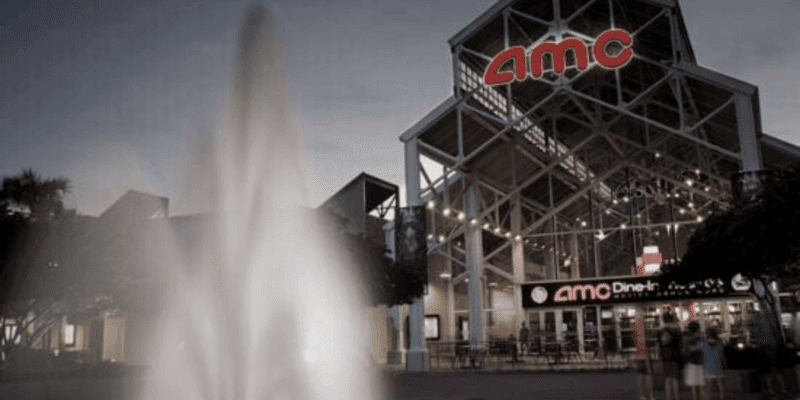 It appears that the further and further we advance through 2020, the more and more precarious AMC Theatres’ situation becomes.

According to CNBC, the movie theater chain is looking to sell 20 million Class-A shares of its stock, AMC Entertainment Holdings Inc., in order to accrue nearly $50 million in new capital.

In its SEC filing, AMC said

“We will require significant amounts of additional liquidity and there is substantial doubt about our ability to continue as a going concern for a reasonable period of time; holders of our Class A common stock could suffer a total loss of their investment.”

This news comes a month after AMC warned its shareholders that it could soon be depleted of all resources and fall into Chapter 11 bankruptcy this year.

Now, AMC appears to have already been in trouble at the start of 2020. CNBC mentions that it was already over $4 billion in debt from its recent acquisitions and luxurious upgrades to its theatre rooms. But that situation was followed by news that in the same amount of time AMC earned $1.32 billion last year, this year only brought in $119.5 million.

AMC emerged from the shutdown hopeful with the release of Christopher Nolan’s Tenet, and reportedly remains hopeful with upcoming releases like Free Guy, and Wonder Woman 1984.

Related: AMC Theatres States They Have ‘Substantial Doubt’ About Survival

AMC has made it clear that it is putting the offer on the board. But who is going to buy the shares?

We at Inside the Magic have reported that it is quite possible for Disney to not just buy these 20 million shares, but take full control of AMC in general. Back in August, a federal judge struck down Old Hollywood antitrust laws prohibiting studios from controlling their own means of distrubution (in other words, own their own movie theaters).

While there has been no word from either AMC or Disney if such a business move is in the works, the combination of the judge’s ruling, AMC’s predicament, and Disney’s overall drive to further optimize the profitability of its distribution keeps our eyes glued to this situation to see what exactly will develop.

We at Inside the Magic will continue to update our readers as more information comes to light.

Comments Off on On the Verge of Bankruptcy, AMC Sells Millions of Stock