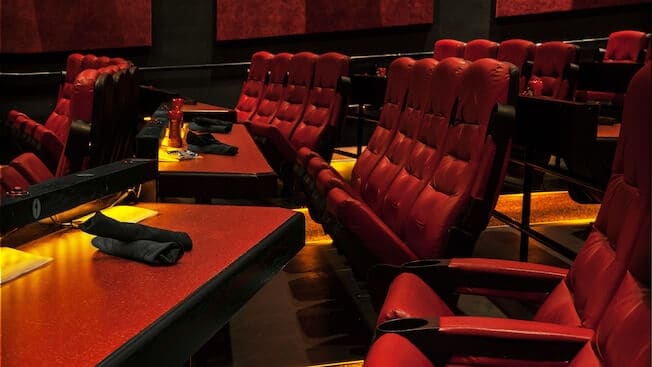 AMC Theaters, North America’s largest movie theater chain, will remain open as other chains, including Regal and Cineworld, temporarily close for the second time during the coronavirus pandemic.

According to a Deadline report about the current state of movie theaters:

In the wake of Cineworld’s decision to shutter its UK venues and Regal U.S. theaters, AMC, the No. 1 exhibitor in the world, will remain open.

AMC joins No. 3 exhibitor Cinemark in staying open during the pandemic, despite Cineworld and Regal’s plans to close this Thursday.

Related: AMC Theatres States They Have ‘Substantial Doubt’ About Survival

Despite having 1,000 screens throughout the United States and Canada, AMC Entertainment has struggled immensely during the COVID-19 outbreak. At one point, there were even rumors they would be purchased by Amazon in order to survive.

Now, however, AMC has reopened many of its theaters and has plans to continue its phased reopening process. As per Deadline’s article:

More than 80% of AMC’s U.S. circuit is open and an even higher share of the chain’s international theatres across Europe and the Middle East are open with more than 90% of its Odeon Cinemas Group across Europe and 100% of the chain’s locations in the Middle East. In addition, AMC is actively planning to open more of its theatres, especially in New York and California, when authorized to do so by state and county officials.

The fact that AMC and Cinemark both intend to remain open through the remainder of 2020 is intriguing, particularly for any ITM readers who plan to see Disney/Pixar’s latest offering, Soul.

At this time, Soul is still slated for a November theatrical release, despite rumors that it could debut directly on the Disney+ Premier Access tier, like the live-action Mulan.

Although theatrical releases, such as Warner Bros. Tenet by Christopher Nolan, have not done well lately, the fact that Regal intends to shutdown its screens again could pose a major financial hardship for the chain.

Moviegoers will likely be able to see Soul and other late-2020 releases at both AMC and Cinemark theaters, leaving Regal with no profits during the holiday season, which is typically major for movie theaters.

In regard to safety protocols, AMC President and CEO Adam Aron issued a statement that reads:

“We take great comfort in knowing that literally millions of moviegoers have already visited our theatres. They have done so in part because of our AMC Safe & Clean protocols, developed in consultation with Clorox and faculty of the Harvard University School of Public Health. Our guests are telling us that our theatres have never been cleaner, and that they recognize the great effort AMC is making to keep them healthy and safe.”

What are your thoughts on AMC and Cinemark keeping theaters open right now, when the pandemic is not over?