Amazon Reportedly In Talks to Buy Struggling AMC Entertainment! - Inside the Magic 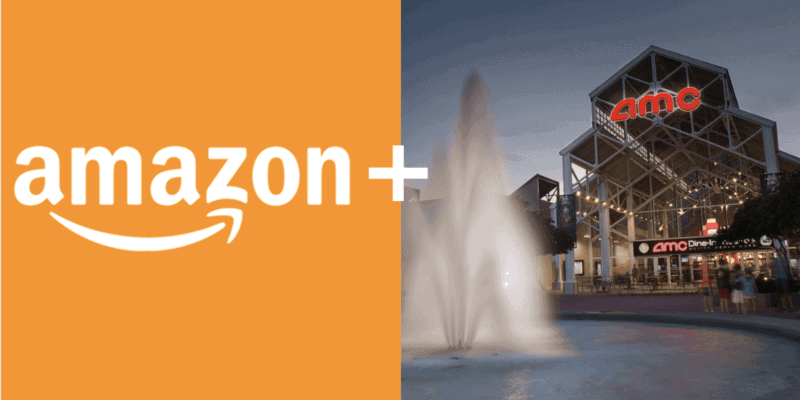 AMC Entertainment has been making headlines lately, from their major financial struggles to their ban on all Universal movies.

Now, financial website The Street has shared that tech and retail giant Amazon is reportedly in talks to purchase the floundering theatre chain. AMC Entertainment is the largest movie theater chain in North America, so it could be an extremely lucrative move for Jeff Bezos if the Amazon buyout does, in fact, happen.

As per The Street, AMC stock prices “surged more than 26% on Monday after the U.K.’s Daily Mail newspaper reported that Amazon has held talks with the world’s largest cinema-chain owner, which runs movie theaters globally under the AMC and Odeon names in the U.K., the U.S. and Canada, among other locations.”

Amazon has been incredibly successful with its Amazon Prime Video streaming service. In 2017, Prime Video beat even Netflix to became the first television and movie streaming platform to win an Oscar for the film Manchester By The Sea, featured Casey Affleck and Michelle Williams.

Purchasing the AMC movie theater chain would expand Amazon’s reach for their original films, allowing them to put them on the silver screen as well as on their streaming service.

What could the AMC Amazon buyout mean for Disney Springs?

AMC President Adam Aron has stated that, regardless of its current fiscal challenges, AMC will not reopen its theatres until it has a reason to.

In an April statement, the struggling theater chain said, “blockbusters are scheduled to return this summer, beginning with Warner Brothers’ Tenet and Disney’s Mulan.” Both of these films are slated to hit theaters in July, so moviegoers could be waiting awhile.

That said, Disney Springs, where the AMC Movies at Disney Springs 24 theatre is located, is set to begin its phased reopening on May 20. The AMC location at Disney World’s shopping district will be subject to new health and safety regulations whenever it does reopen its doors.

The potential Amazon purchase of AMC Entertainment could alter the Disney Springs AMC’s reopening timeline. It’s likely that Bezos and the Amazon executive board would want to get their new movie theaters up and running as soon as possible.

Under Florida’s relatively lax reopening guidelines, the Disney Springs AMC could open sooner than we think, especially if the Amazon buyout occurs quickly.

What do you think about the reports of Amazon buying AMC Entertainment? Share your thoughts about the media giant owning AMC in the comments!

Comments Off on Amazon Reportedly In Talks to Buy Struggling AMC Entertainment!