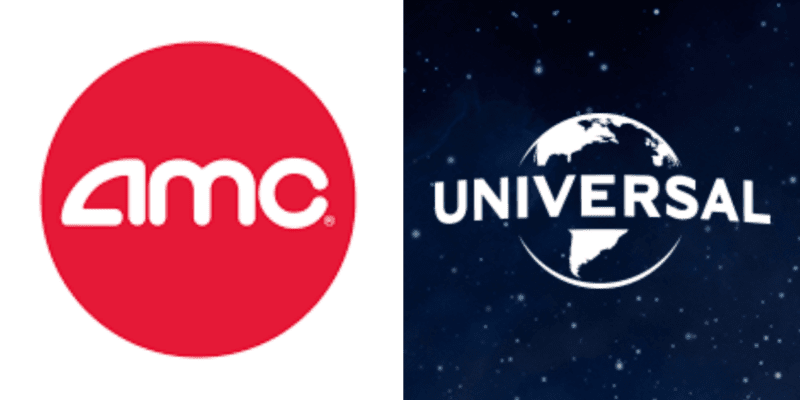 Universal and AMC have ended their feud and have reached a new deal.

The agreement allows for movies made by Universal Pictures and Focus Features to be played in AMC theaters and then placed on premium video-on-demand in “at least three weekends, or 17 days,” according to CNBC.

“The theatrical experience continues to be the cornerstone of our business,” Donna Langley, chairman of Universal Filmed Entertainment Group, in a statement Tuesday. “The partnership we’ve forged with AMC is driven by our collective desire to ensure a thriving future for the film distribution ecosystem and to meet consumer demand with flexibility and optionality.”

Tensions between AMC and Universal came to a head when Universal decided to forgo a theatrical release for its children’s’ film Trolls: World Tour.

As movie theaters across the country were forced to shut down, Universal’s Trolls sequel shows the studio what awaits in the streaming world. According to The Wall Street Journal, that was nearly $100 million and selling upwards of 5 million digital copies.

Universal then decided that it was enough of a reason to release movies on both platforms simultaneously. This eliminated AMC’s guarantee to get moviegoers into their seats for Universal films. So AMC responded by deciding to no longer show any Universal movies.

“It is disappointing to us, but Jeff’s comments as to Universal’s unilateral actions and intentions have left us with no choice. Therefore, effectively immediately AMC will no longer play any Universal movies in any of our theatres in the United States, Europe or the Middle East…“This policy affects any and all Universal movies per se, goes into effect today and as our theatres reopen, and is not some hollow or ill-considered threat. Incidentally, this policy is not aimed solely at Universal out of pique or to be punitive in any way, it also extends to any movie maker who unilaterally abandons current windowing practices absent good faith negotiations between us, so that they as distributor and we as exhibitor both benefit and neither are hurt from such changes.”

Now, a compromise has been found between the two icons of America’s moviegoing tradition. Universal will give AMC theaters 17 days or three full weekends before releasing them onto the digital PVOD realm.

AMC, however, has further delayed reopening from its late-July date to mid-August.

Comments Off on AMC and Universal End Feud with New Deal