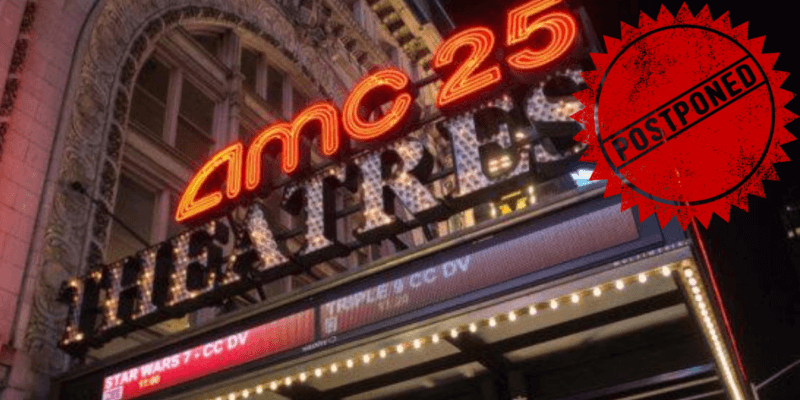 AMC movie theaters officially announced that it will push the reopening of its theaters into August.

The announcement to move reopening from the end of July to mid-August came on Thursday, July 23, and comes after AMC’s competitor Regal Cinemas also announced it will not reopen its locations in July. A specific reopening date has yet to be released by AMC.

According to Comicbook.com, it appears that these further delays are linked to the decision by Warner Bros. to delay the theatrical release of its next Christopher Nolan film, Tenet.

AMC theaters began closing in mid-March due to the global pandemic, and have remained shuttered ever since. Throughout those going-on 4 months, the cinema giant has faced tremendous financial strain. AMC themselves stated that there was serious doubt if they would survive the ongoing shut down.

Their original Phased reopening was scheduled to begin in Mid-July as Walt Disney Pictures planned to release its Mulan remake on July 12 before Tenet on July 31. But then both those potential blockbusters have been pushed back to August, causing AMC to begin preparations for reopening on July 30.

Now it appears reopening has been pushed back again.

As positive cases continue to surge across the country, and heavily populated areas like New York and Southern California continue to halt reopenings, it is still unclear when Americans will return to an AMC movie theater.

AMC is North America’s largest movie theater company with scores of locations across the United States, including Disney Springs.