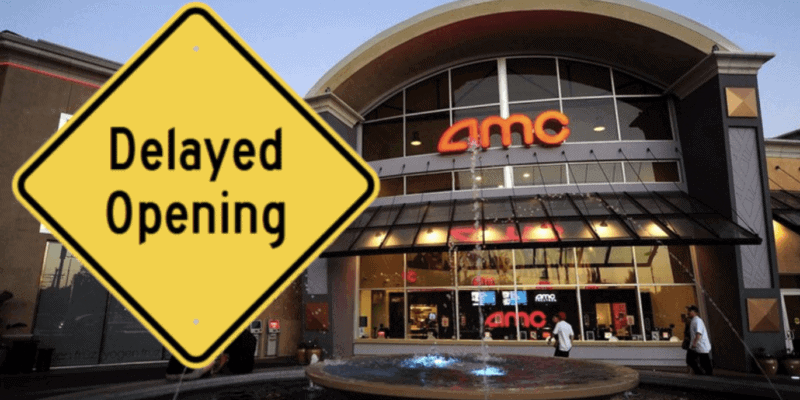 AMC Theaters may be North America’s largest movie theater chain, but they have been having more than their fair share of problems since they temporarily closed all of their facilities due to the pandemic.

First, AMC was reported to be considering sweeping closures throughout the United States and Canada, then there were rumors swirling that Amazon was looking to buy them out, and finally, they were said to be seriously evaluating filing bankruptcy.

Ultimately, AMC did announce a phased reopening plan that was originally slated for early July. That plan would have seen all AMC screens in America open for the theatrical releases of Disney’s live-action Mulan on July 12 and Warner Bros.’ Tenet, a Christopher Nolan film, on July 31.

Now, however, with both Mulan and Tenet pushed back to August release dates, AMC has altered its reopening date. AMC movie theaters will now begin their reopening process on July 30.

“We continue to devote extraordinary resources into our plan to operate our theatres with a hyper commitment to the safety and health of our guests and associates, notably in the United States through our new AMC Safe & Clean initiative. Our theatre general managers across the U.S. started working full time again today and are back in their theatres gearing up to get their buildings fully ready just a few weeks from now for moviegoers. That happy day, when we can welcome guests back into most of our U.S. theatres, will be Thursday, July 30.”

As per a ComicBook.com report, the goal is for AMC to “resume operations at at least 450 of its 600+ locations in the United States.”

The movie theater industry has been one of the hardest hit during the pandemic, particularly with the rise of streaming platforms like Disney+. The long-term effects of the pandemic on movie theaters, including AMC Entertainment and Cinemark, remains to be seen.

For now, though, AMC movie fans can look forward to returning to the silver screen in time for Mulan on August 21. The AMC at Disney Springs has not yet announced any reopening information.

What do you think about the delayed reopening of AMC theaters? Tell us if you’ll be going to the movies in August in the comments!