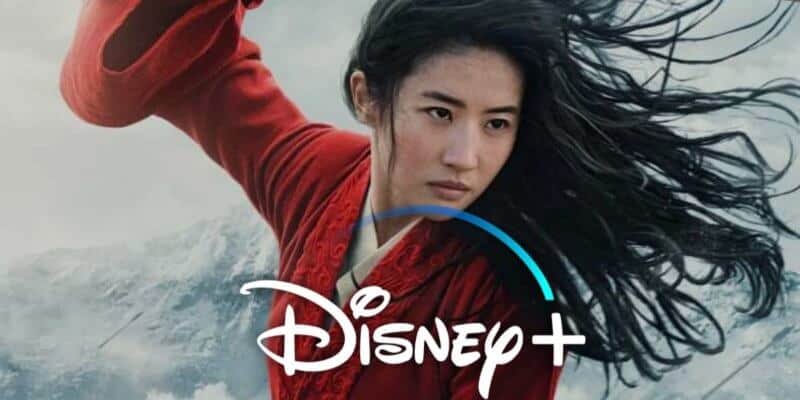 A few months ago it was rumored that Disney fans may have had the opportunity to see Disney’s live-action Mulan film as it reportedly was moving straight to digital and Disney+.

But that rumor soon came to an end as Disney announced a new theatrical release date for the live-action Mulan along with the Black Widow and the other Marvel Phase 4 films.

And then, just a few days ago we reported that the live action Mulan film could be hitting Disney+ in October according to a tweet from the Disney+ Twitter page, but the tweet was later removed.

But now, according to a Wall Street analyst, Disney’s live action Mulan could potentially benefit the Walt Disney Company by skipping a theatrical release. In fact, he thinks that moving the film straight to a digital platform and to streaming is the way to go.

According to Deadline, Wall Street analyst Michael Nathanson recently shared “If they do kill Mulan, that could help the narrative. In a perverse way, that could be better for Disney stock in the long run than having Mulan go to theaters.”

Nathanson also stated that The Walt Disney Company would have to “un-furlough a lot of their employees”, speaking about those employees in the distribution and marketing fields. He also said, “I don’t think it’s a given that Mulan’s going to be released as we think.”

Another example is Disney’s Artemis Fowl sci-fi fantasy film. This movie did not receive a release in theaters and instead will go straight to Disney+.

Do you want to see the live action Mulan hit theaters or move straight to streaming? Let us know your thoughts in the comments.

Comments Off on Could Live Action ‘Mulan’ Skip Theaters To Benefit The Walt Disney Company?