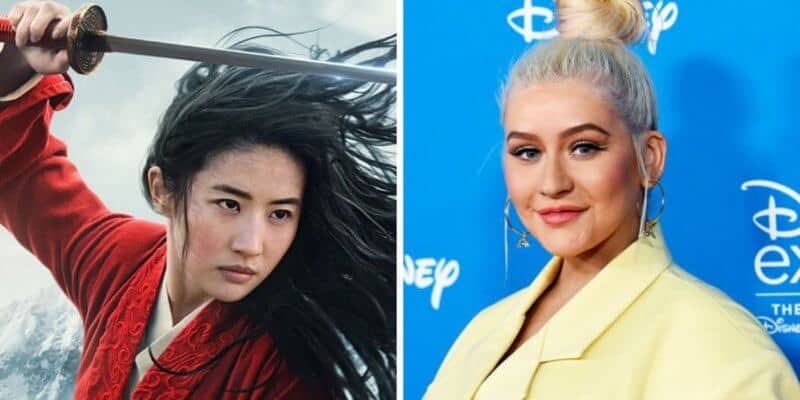 As many of you Disney fans may know, Christina Aguilera recorded a single version of Reflection, from Disney’s animated movie, Mulan. Aguilera was 17 at the time and this single was actually the singer’s first single ever released. The success of Reflection then led to Aguilera recording and releasing her very first album with RCA.

The single went on to become one of the most popular versions of the song, and now it looks as though Aguilera will be making a return with the Disney film thanks to its live-action version, which will be released next month.

According to EW, the American singer will not only be re-recording a new version of the hit song but she will also be coming up with new material for the upcoming Disney live-action, Mulan.

During a Wednesday night performance of her Las Vegas residency Xperience, Aguilera made a special announcement to the fans. “The live-action Mulan is coming out by the way,” Aguilera announced to the crowd. “You have to go see it. I recorded a new “Reflection” and new material for the movie. I’ve been working on that, but this is the original.”

Representatives for both Disney nor Aguilera have not yet responded to EW’s request for comment.

Christina Aguilera made a special appearance at last year’s D23 expo, where she belted out her version of Reflection during the Mulan panel, but it was never announced she would be involved with the upcoming live-action film.

Once it was Aguilera’s turn to walk up on stage and accept this honor, her first words were, “This is way cooler than a Grammy!” You can read more about the 2019 Disney Legends here.

Related: Wondering Why Li Shang Was Removed From the Live-Action Mulan Movie? The Producers Tell All!

Are you excited for the upcoming live-action film, Mulan, when it hits theaters next month? Let us know in the comments.