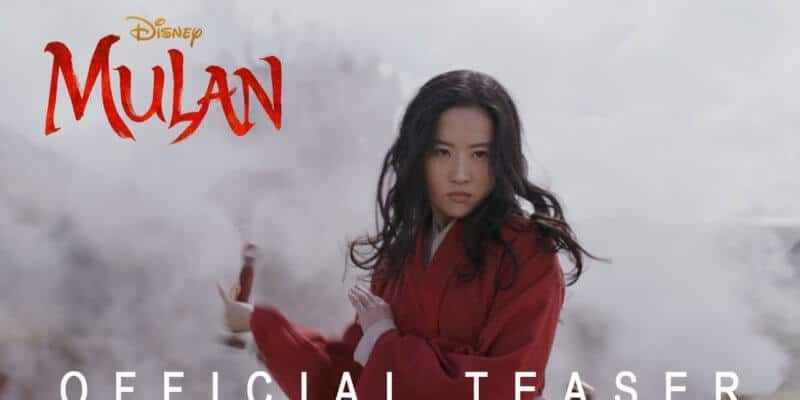 “It is my duty to fight for the kingdom. To protect my family.”

Disney fans everywhere have been anxiously waiting for the new live-action Mulan film, which will be a bit different from the 1998 animated film.

Mulan is expected to be one of Disney’s biggest films of 2020, so it’s not shocking that Disney has decided to advertise the upcoming live-action during the Super Bowl, which takes place this Sunday, February 2.

This morning, January 31, Disney gave us a sneak peek at the new TV spot for Mulan, which is a 30-second ad filled with a lot of action and exciting footage.

The social media post also reveals that this is only a snippet of what’s to come. On Sunday, during the Super Bowl, Disney will release a full-length trailer online.

You can check out the sneak peek clip below:

"It is my duty to fight for the kingdom." Watch the Big Game spot for Disney's Mulan now and see the final trailer on Sunday!

Unfortunately, we do not know exactly when the TV spot will air during the Super Bowl, but what we do know is that once the TV spot airs during the game, the full-length trailer will then immediately be available online for Disney fans to watch over and over again, trying to take everything in.

Again, the upcoming Mulan live-action film won’t be a remake of the animated film like those in the past. This new film will be more realistic and won’t be the comedic, song-filled film that we know and love. In fact, director Nikki Caro stated in an interview:

Regardless, we cannot wait to see what the new trailer looks like and are excited to see what is to come with the new live-action Mulan. The upcoming film is set to debut in theaters on March 27, 2020.

Will you be tuning into the Super Bowl to see the full-length trailer for Mulan? Let us know in the comments.

Comments Off on Sneak Peek: Disney Gives First Look At New “Mulan” Trailer Before It Airs During Super Bowl