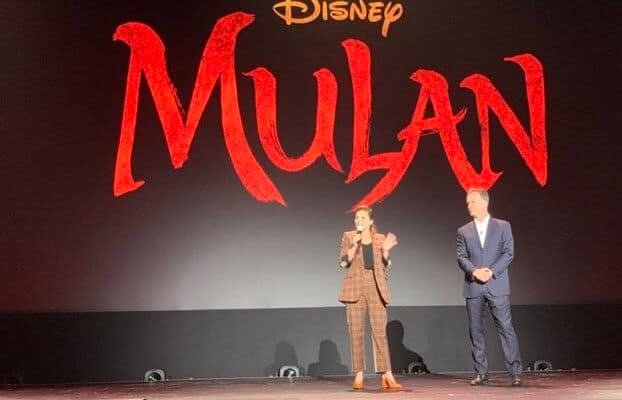 Saturday during Walt Disney Studios’ presentation at the D23 Expo, “Mulan” director Niki Caro took to the stage to share her excitement about the upcoming live-action film, set to hit theaters on March 27 of next year. 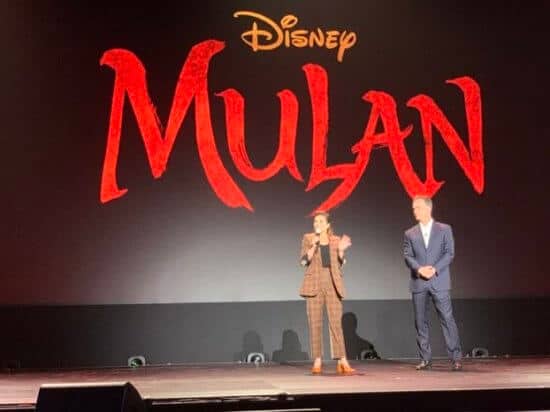 “I’m most excited for the audience to see this movie on a truly epic scale,” she said. “What drew me to this project was Mulan herself, her journey from village girl to soldier to warrior to hero.”

The trailer revealed at the D23 Expo takes us further into filming than the teaser trailer (seen here) and gives us a better look at how this movie will tell the story of a young woman committed to bringing honor to her family.

The first of two scenes shown in the new trailer shows the matchmaker scene in which Mulan, heavily made-up, tries to impress the matchmaker and earn for herself an honorable husband. Mulan’s mother quickly orders her not to eat anything so that she doesn’t ruin her make-up. But Mulan responds with “The fiercest winter storm could not destroy this make-up.”

The scene continues as the matchmaker urges gracefulness, just before chaos breaks out as Mulan, in the process of a trying to trap a spider, knocks things off the table and Mulan catches the spider, along with everything else that’s flying off the table. Her hair clip then falls and knocks over a teacup.

The second scene shown in the trailer follows the animated movie fairly closely. When soldiers arrive to recruit a male to serve in the army, Mulan steps up (since her father has no sons). “I will bring honor to us all,” she says.

We can’t wait to see “Mulan” when it comes to theaters in the spring of next year!

Do you plan to see “Mulan” next year? How do you feel about all of Disney’s live-action remakes lately?