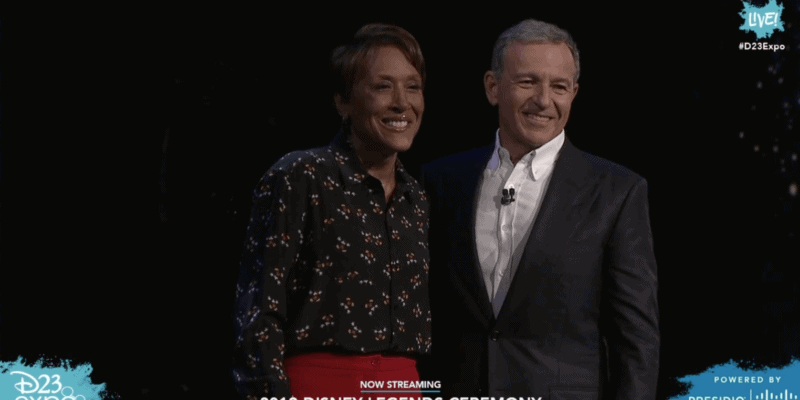 During the Disney Legends Ceremony at the D23 Expo today, there were 12 honorees, each a familiar, household name, who’ve made contributions to the Walt Disney Company in the forms of imagination, creativity and magic.

Favreau began as an actor and has grown his skills into writing and directing. Favreau directed this summer’s “The Lion King,” the phenomenal remake of the original 1994 film. It is one of five films this year to have made more than $1 billion at the box office. Favreau also wrote “The Mandalorian” series, which debuts on the Disney+ streaming service on November 12. 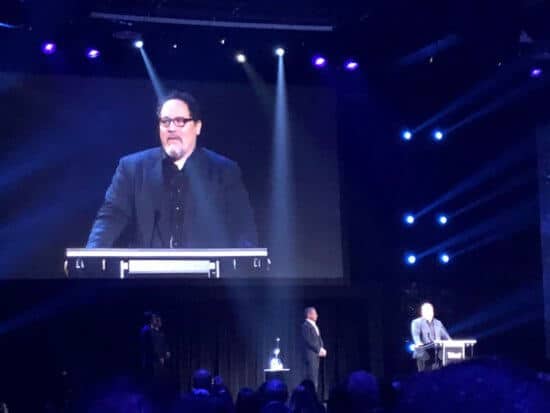 Sawyer joined the ABC News team in February of 1989 and 10 years later, she became co-anchor for “Good Morning America.” She held that spot until December of 2009 when she became the anchor for “World News Tonight” after the late Peter Jennings. 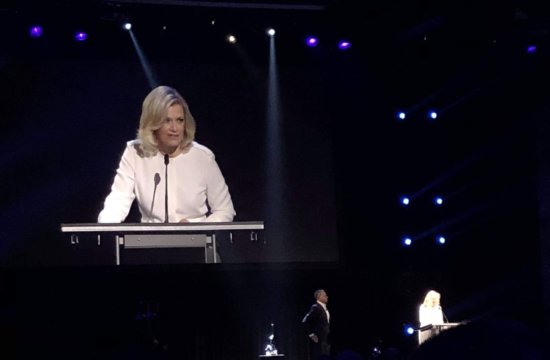 Robert Downey, Jr., made his Disney debut in 2006 in “The Shaggy Dog.” He would go on to have huge roles in “The Incredible Hulk,” “Captain America: Civil War,” and four “Avengers” films. 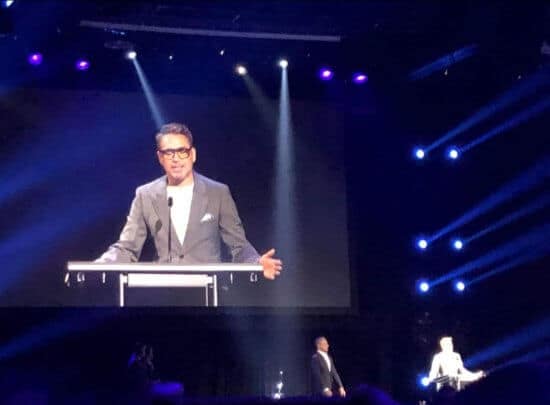 Aguilera took the stage at the Disney Legends ceremony today and said, “This is way cooler than a Grammy!” Aguilera got her start with the Walt Disney Company as a little girl when she was first cast on “The Mickey Mouse Club” in 1993.

Ricci retired from the Walt Disney Company in 2013, after serving for more than 40 years in multiple capacities. She worked as a choreographer at Disneyland and also directed several parades. She worked on the Grand Opening of Walt Disney World, Epcot and Tokyo Disneyland. She is also the creator of the “Fantasmic!” nighttime spectacular at Disneyland that is now also part of Disney’s Hollywood Studios in Disney World and at Tokyo DisneySea.

Zimmer has scored more than 160 projects that grossed a combined total of more than $28 billion. He has one Academy Award, two Golden Globes, three Grammys and a Tony award to his credit. He’s had a legacy of creating scores for Disney films for years. He scored “The Lion King” (1994 and 2019), “Iron Man” (2008), music for the “Pirates of the Caribbean” franchise and many other Disney films.

Bette Midler was the voice behind Georgette in Disney’s “Oliver and Company” in 1988 and went on to play one of the roles for which she is most famous: that of the witchy Winifred in “Hocus Pocus” in 1993. Her daughter accepted the award today on her behalf, as she was unable to attend.

Roberts joined ESPN in 1990 and contributed to “NFL Primetime” and was a host of ESPN’s “SportsCenter.” She has multiple awards and accolades to her credit and just recently worked on Disney’s new “One Day at Disney” project.

Is there any more iconic and recognizable voice on the planet than that of James Earl Jones? Wherever you are, you can close your eyes and imagine Darth Vader or Mufasa and instantly hear that voice. You can also hear his voice in Disney Parks worldwide. He has also narrated films such as Disneynature’s “Earth.”

Kenny Ortega, dancing and musicals go hand in hand in hand. Ortega is known for Disney films such as “Hocus Pocus” and the 2014 short film called “The Making of Frozen.” But he is best known for “High School Musical” and its sequels, “Cheetah Girls 2” and more recently the “Descendants” franchise.

Chao has a long history with the Walt Disney Company. He has inspired and designed multiple projects for Disney Parks and Resorts over the years at a value of over $12 billion. He has served as Vice President of Disney Parks and Resorts for Asia Pacific Development and also as Executive Vice President of Disney Imagineering during his tenure with Disney.

Better known by her alias the Cavalry or Agent Melinda May from ABC’s “Marvel’s Agents of S.H.I.E.L.D.,” Ming-Na Wen lent her voice to Mulan in the title film, and she received an Annie Award for her performance as Mulan. You can also hear her vocal talents in Disney’s “Phineas and Ferb,” “House of Mouse,” and “Sofia the First.”

Each Disney Legend inductee will take home this beautiful award, and after the event, the new inductees will have a handprint ceremony. The handprints will be bronzed and displayed in the Disney Legends Plaza at the Walt Disney Company’s headquarters in Burbank, California.

Which of the inductees do you think was most deserving of the honor? Was there an inductee you thought didn’t deserve the honor? Let us know in the comments below!