Robert Downey Jr. and James Earl Jones highlight the list of Disney Legends to be honored at D23 Expo 2019 - Inside the Magic 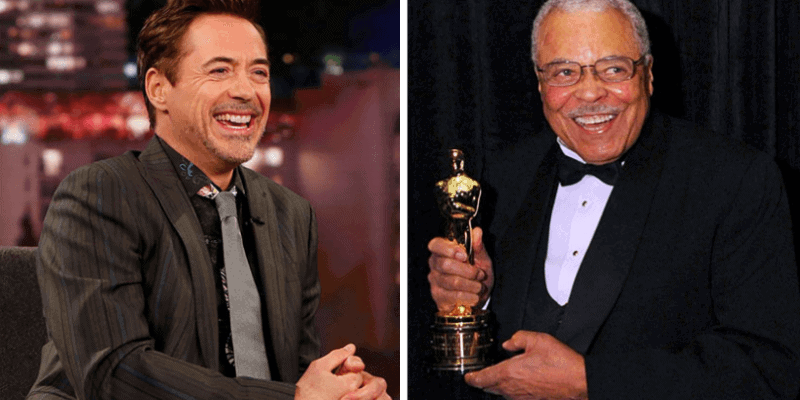 With the 2019 D23 Expo quickly approaching, Disney has announced the honorees who will be receiving the highly acclaimed Disney Legends awards, the highest honor bestowed by The Walt Disney Company. While The Walt Disney Company has honored almost 300 Disney Legends since 1987,  in recent years the Disney Legends ceremony has taken place at D23 Expo, the ultimate event for Disney fans occurring every two years. Disney has just shared who the eleven honorees will be and, by the looks of this list, fans won’t be disappointed in the slightest.

This year, The Walt Disney Company will be honoring the following individuals as Disney Legends (listed in alphabetical order): Wing Chao, Robert Downey Jr., Jon Favreau, James Earl Jones, Bette Midler, Kenny Ortega, Barnette Ricci, Robin Roberts, Diane Sawyer, Ming-Na Wen, and Hans Zimmer. As D23 shared, these individuals are being recognized with this high accolade for their contributions to the Disney legacy, and as fans, we can agree that they are deserving of the honor.

You can view all of the Disney Legends being honored at D23 Expo 2019 below:

“The Disney Legends Award is the highest honor we can bestow; it’s a recognition of talent, a celebration of achievement, and an expression of profound gratitude to the remarkable men and women who have made an indelible mark on our company and our creative legacy,” said Bob Iger, Disney Chairman and Chief Executive Officer, in the D23 press release. “This year’s honorees have earned a place in our hearts and our history for their significant contributions in film, television, and our theme parks around the world.”

We couldn’t agree with Iger more. From Robert Downey Jr. performance as Iron Man in “Avengers: Endgame” to the timelessness of news anchors Robin Roberts and Diane Sawyer to the iconic compositions by Hans Zimmer, every honoree has definitely earned a place in our hearts. All Disney Legends receive a two-foot-tall bronze Disney Legends sculpture that signifies the imagination, creativity, and magic they have brought to The Walt Disney Company. Honorees’ handprints are also displayed in the Disney Legends Plaza at the Burbank headquarters of The Walt Disney Company so Disney fans can see every Disney Legend’s handprints there.

We’re so excited to see these Disney Legends receive their awards at this year’s D23 Expo, and we know many more fans will be itching to buy their tickets soon, too. Admission to the Disney Legends ceremony is included with the price of admission to D23 Expo. Remember, you have to be a D23 member to purchase tickets, although a general membership is free. For more information on D23 Expo and to purchase tickets, visit the official website here.

Which honoree are you most excited to see become inducted into the Disney Legends at D23 Expo this year? Let us know in the comments!

Comments Off on Robert Downey Jr. and James Earl Jones highlight the list of Disney Legends to be honored at D23 Expo 2019