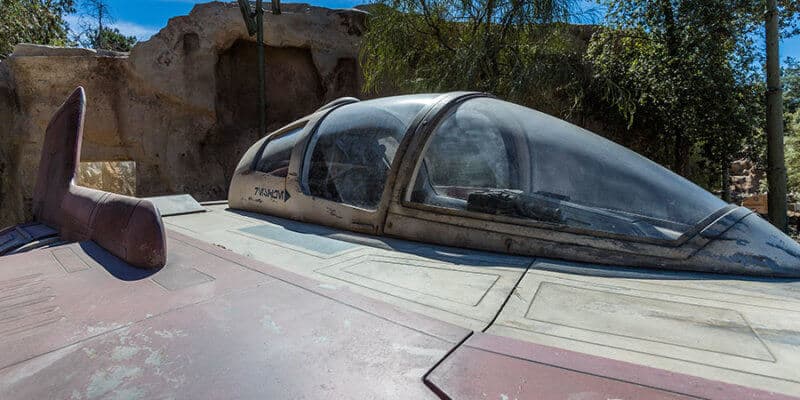 The opening of Star Wars: Galaxy’s Edge at Disneyland is only a few weeks away and fans everywhere can’t hold their excitement of seeing the world of Batuu for the first time. D23 has generously given us a sneak peek at the land with a new set of images, which give us never-before-seen views of the land ahead of its premiere to the world.

In the images, we see what appears to be shots from different experiences and attractions found throughout Galaxy’s Edge. First is from Dok-Ondar’s Den of Antiquities.

In this next image, we have a look inside Millennium Falcon: Smugglers Run, which will allow guests to fly in the iconic spacecraft on a thrilling interactive smuggling mission.

Be sure to check out D23 for even more pictures. If you aren’t yet a member of D23 learn more about the benefits of becoming a D23 member today.

Are you excited to see Star Wars: Galaxy’s Edge when it premieres at Disneyland May 31? Let us know in the comments below!

Comments Off on D23 reveals never-before-seen images of Star Wars: Galaxy’s Edge ahead of Disneyland opening