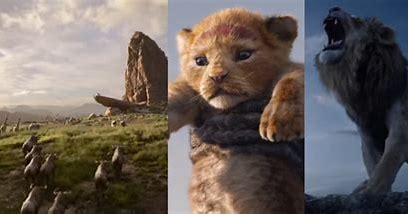 Disney has always had the Midas touch, no matter what the entertainment giant is producing, and the recently-released “The Lion King” is no exception, as it’s next in line to hit the billion-dollar mark at the box office. The latest reports have the film at almost $963 million, and it hasn’t even been released in Japan or Italy yet.

Only the Disney enterprise is enjoying such success in the theater this year. While 2019 has seen a proverbial slump in the film industry for other entertainment companies, Disney has already seen wild success with three other films this year (“Aladdin,” “Captain Marvel,” and “Avengers: Endgame”) each already charter members of Disney’s billion-at-the-box-office club.

“The Lion King” is the stunning computer-animated remake of the 1994 film by the same name that tells the story of the lion cub Simba, son of King Mufasa, and heir to his throne. Simba idolizes his father and looks ahead toward the destiny of his royal heritage with zest and anticipation. But his uncle (and the king’s brother) Scar is angry that he is no longer the next in line fo the coveted throne, and he won’t let it go without a fight. Through a series of events, including an evil betrayal, Simba, the rightful heir to his father’s throne, is exiled from Pride Rock. With the help of two newfound friends, Timon and Pumbaa, Simba begins a journey to rebuild what was lost and regain what was stolen from him.

Jon Favreau sits in the Director’s seat of the film that features the voices of several well-known and talented actors and performers, like Donald Glover, Chiwetel Ejiofor, Alfre Woodard, John Kani, Seth Rogen, James Earl Jones and Beyonce Knowles-Carter, among others. “The Lion King” is in theaters now. Check your local movie time guides for information on showings near you.

Have you seen “The Lion King” yet? How do you think it compares to the original 1994 animated film?