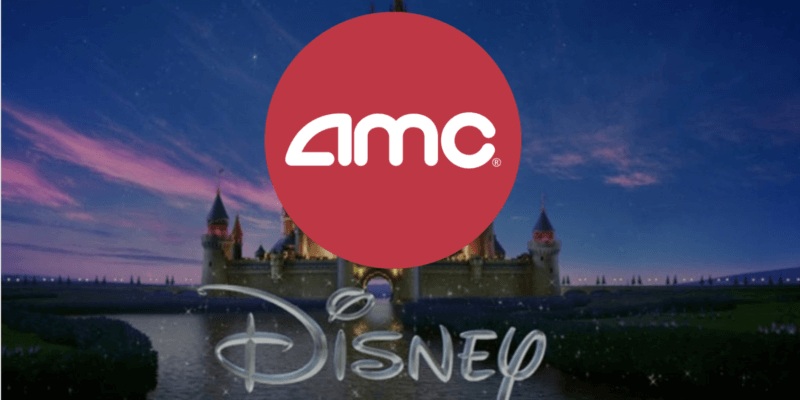 AMC movie theaters have been through the wringer this year as a direct result of the coronavirus pandemic. They were forced to delay their reopening plan multiple times, faced rumors of an Amazon buyout, and — as per the latest reports — are likely to run out of cash and file for bankruptcy by the end of 2020.

Now, Motley Fool has concocted a new plan — one that, at first glance, might seem a bit far-fetched. They believe that The Walt Disney Company should purchase AMC.

As per their assessment of the situation, 1948’s Paramount Consent Decrees — which prohibited vertical integration within the major motion picture industry — were ended in August of this year, giving companies like Disney the freedom to purchase movie theatre chains, should they desire to.

Disney recently said it would be focusing its attention on its Disney+ streaming service, which has reeled in over 60 million subscribers in less than a year’s time. But many of those subscribers came as the result of Verizon giving out free one-year subscriptions (I’m one of them), so it remains to be seen how many will stay.

It also just unveiled a major reorganization of its entertainment holdings that will have one division concentrating on creating content and another distributing it. In a company statement, CEO Bob Chapek said, “Managing content creation distinct from distribution will allow us to be more effective and nimble in making the content consumers want most, delivered in the way they prefer to consume it.”

As North America’s largest theater chain, AMC Entertainment Holdings boasts over 1,000 movie theaters and over 11,000 screens. Imagine, if you will, all of those big screens under the Walt Disney Company banner.

All of a sudden, Disney would no longer have to split profits with theaters. Instead, they could release their own movies directly to their own theaters — in this case, your local AMC theater — completely eliminating the middle-man.

Furthermore, investing in a movie theater chain would save them from the gamble they took with debuting Mulan — and, soon, Pixar’s Soul — directly on Disney+. When the pandemic ends and people want to get back to escaping from reality at the movies, Disney could ultimately make big bucks by owning the continent’s largest chain. They would have to play the long game, certainly, but that’s never something Disney has shied away from before.

If Disney bought AMC, it would be able to keep all of the profits from the theater showings and the subsequent streaming opportunities on Disney+ to itself. An acquisition would also provide Disney with massive branding opportunities and give moviegoers a chance to visit a theater offering moviegoers a choice among Star Wars, Marvel, Pixar, and Disney classic movies.

Moviegoers would then be able to go home and see them again on the small screen. Creating a discounted movie pass to bounce back and forth between theater and Disney+ could be a winning combination.

If you love Disney — and you’re here, so we’re guessing you do — Disney purchasing AMC could elevate your moviegoing experience to a new level. Take, for example, the fact the Disney’s El Capitan Theatre offers Mickey’s shaped pretzels. Imagine your local AMC’s snack bar being overtaken with Mickey-shaped treats as well.

Disney could — and likely would — take branding one step further. Movie goers could be viewing films in immersive spaces designed by Imagineers, while sitting in chairs that featured hidden Mickey upholstery, and ordering cocktails straight from Disney Parks. Sounds like a great night out to us !

Plus, just imagine the extra theming Disney would undoubtedly do at the existing Disney Springs AMC location. Character greets in the lobby before major theatrical releases? We’re here for it!

A federal judge has already stated that The Walt Disney Company could make the purchase, if they wanted to.

What do you think is going to happen with Disney and AMC?