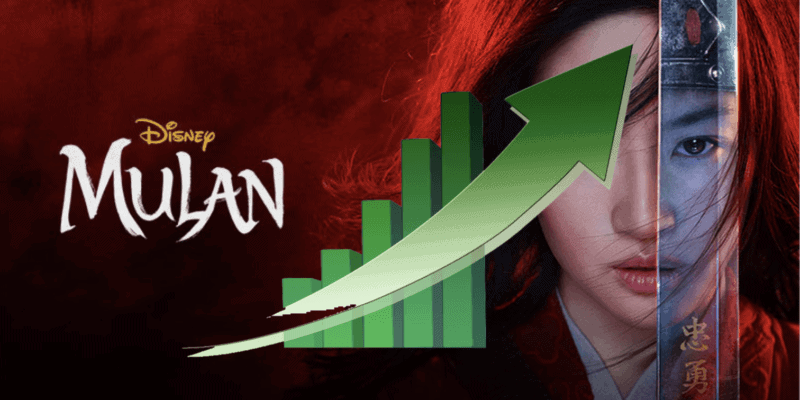 When The Walt Disney Company decided to take a gamble on it’s live-action Mulan movie and release it straight to Disney+ on a new $30 “Premier Access” tier, nobody knew what to expect.

This was the first time Disney had tried “Premier Access” and the response from fans was initially quite mixed.

The decision to debut Mulan on a streaming platform was also detrimental to movie theaters, many of which — including North American theater giants AMC and Cinemark — had designed their phased reopening plans around the theatrical release dates of Disney’s Mulan and Warner Bros.’ Tenet, a Christopher Nolan film.

After being pushed back due to the coronavirus pandemic, Tenet released in theaters on on September 3, 2020. According to an IndieWire report this week, Tenet has had a dismal box office performance so far, earning just $6.7 million in profit and taking-in under $15 million overall.

Niki Caro’s Mulan, on the other hand, has seen success on the Disney+ streaming platform.

MovieWeb shared these details about the performance of the Disney live-action remake so far:

According to the report by analytics research firm 7Park Data, a third of the households in America with a Disney+ subscription made the decision to fork over the additional $30 fee in order to stream Mulan on the platform. Earlier, Disney had reported that over 60 million people around the world had a Disney+ subscription. If even 50% of those subscribers are from the company’s home base in the U.S., that means roughly 9 million users purchased Mulan for $30, which means the Mouse Empire netted a profit of more than $261 million in America alone, since Disney does not have to share any of the profits with theater chains, as is the case with theatrical releases.

Tenet’s relative failure compared to Mulan’s success is a clear indicator that Americans are not yet fully ready to return to the movies due to the COVID-19 outbreak.

Since it could potentially take years for the movie theatre industry to rebound, even in a post-pandemic world, it is likely that Universal Studios, Walt Disney Studios, and other major players in the film industry will begin looking at streaming debuts over theatrical releases as a real and viable option moving forward.

Perhaps fueled by Tenet’s box office problems, there are already rumors that Pixar’s Soul could release straight to Disney+ in November.

Do you enjoy movies releasing on Disney+ and other streaming platforms? Do you think the traditional movie theater industry will die out due to the pandemic?