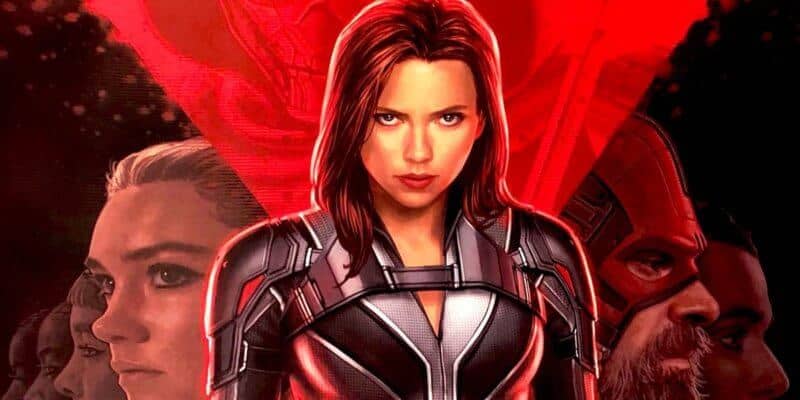 It’s been a rough time for the Marvel Cinematic Universe‘s second female-led solo movie; Black Widow. The Scarlett Johansson led film was originally due to release on May 1st, 2020, before being pushed back thanks to the ongoing pandemic.

It was thought for a while that Black Widow may release digitally via the Disney Plus streaming service, in the same vein as Disney‘s Artemis Fowl. However, Disney and Marvel later announced that the film will release at the cinema on November 6th (the original release date of Marvel‘s The Eternals) in the US.

However, if like me you live in the United Kingdom of Great Britain, you’re in for a bit of a Marvel flavored treat, courtesy of Marvel Studios and Disney.

The film will return to UK theatres alone, a full week before premiering in the US. It’s a far cry from the original release date of May 1st, but hey, it’s something.

While Disney and Marvel Studios tend to release their biggest movies like Avengers: Infinity War and Endgame with a simultaneous release date to avoid spoilers, they have been known to use UK and other European movie theatres to pre-release some of their biggest movies before their theatrical release in the US a few days later.

Marvel fans have been crying out for a solo movie starring Scarlett Johansson’s Natasha Romanoff / Black Widow from the minute she first appeared in 2010’s Iron Man 2. Natasha‘s rich backstory has been dying for a solo Marvel movie since day one, but especially after Avengers: Age of Ultron gave far more hints about the murky history surrounding Black Widow‘s dark past. Before she became an Avenger and hung around with the likes of Doctor Strange and Thor, this fan-favorite Marvel character had a gritty backstory far-removed from the cosmic threat of Thanos.

The movie is set between the events of Captain America: Civil War and Avengers: Infinity War. Natasha Romanoff herself Scarlett Johansson said of the film;

‘It’s a film about self-forgiveness and it’s a film about family … I think in life we sort of come of age many times and you have these kinds of moments where you’re in a transitional phase and then you move sort of beyond it and I think in the Black Widow standalone film I think the character is at, when we find her, a moment of real crisis, and throughout the film, by facing herself in a lot of ways and a lot of things that make her, her, she actually kind of comes through that crisis on the other side and we start to be able to reset where she’s a more grounded, self-possessed person. So that’s her journey, well, I hope anyway.’

Natasha / Black Widow was last seen in Avengers: Endgame alongside Captain Marvel, Captain America, Black Panther, and Iron Man where the avenger famously met her demise to save the universe and apparently departed the Marvel Cinematic Universe. After starring in the MCU film with the greatest box office taking of all time, Scarlett Johansson’s Black Widow will eventually be back as the character confronts a dangerous conspiracy tied into her past.

Black Widow releases on October 28th in the UK and November 6th in the USA. It is directed by Cate Shortland and produced by Kevin Feige. The film stars Scarlett Johansson as Natasha Romanoff / Black Widow. The supporting cast includes Florence Pugh as Yelena Belova, David Harbour as Alexei Shostakov / Red Guardian, and Rachel Weisz as Melina Vostokoff. It features Black Widow / Spider-Man villain Taskmaster as its antagonist.

What do you think of the announcement that Black Widow will release early in the UK? Which other Marvel films will have their release schedule suffer due to the pandemic? Let us know all of your thoughts in the comments below.