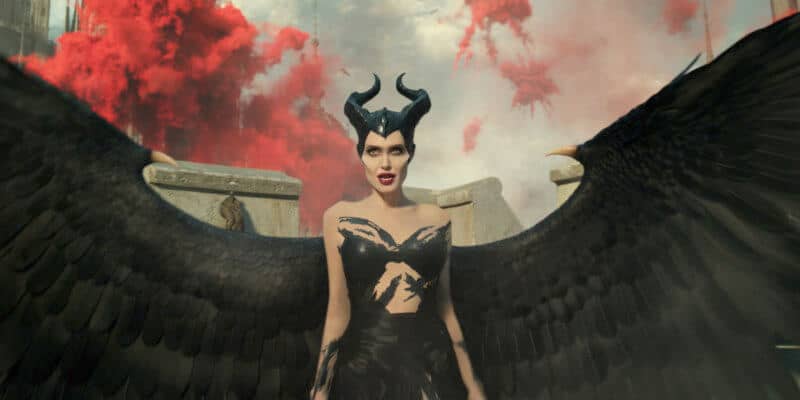 Disney just released an all-new look at the dark fairy as she gets ready to hit theaters later this fall in “Maleficent: Mistress of Evil,” an epic follow-up to the original 2014 global box-office hit “Maleficent.”

In this new trailer, we see the dynamic of the relationship between Maleficent and Princess Aurora begin to change as the Disney Princess is asked for her hand in marriage, which the evil queen does not support. In fact, she despises the idea of Aurora’s union with Prince Phillip, causing her to react quite violently–as seen in the trailer below.

With the release of the new action-packed trailer, Disney also put out an official synopsis for the film:

The years have been kind to Maleficent and Aurora. Their relationship, born of heartbreak, revenge and ultimately love, has flourished. Yet the hatred between man and the fairies still exists. Aurora’s impending marriage to Prince Phillip is cause for celebration in the kingdom of Ulstead and the neighboring Moors, as the wedding serves to unite the two worlds. When an unexpected encounter introduces a powerful new alliance, Maleficent and Aurora are pulled apart to opposing sides in a Great War, testing their loyalties and causing them to question whether they can truly be family.

“Maleficent: Mistress of Evil” is set to hit theaters nationwide October 18, 2019, just in time for Halloween!

Will you be heading to theaters to see “Maleficent: Mistress of Evil” when it hits theaters later this year? Let us know in the comments below!