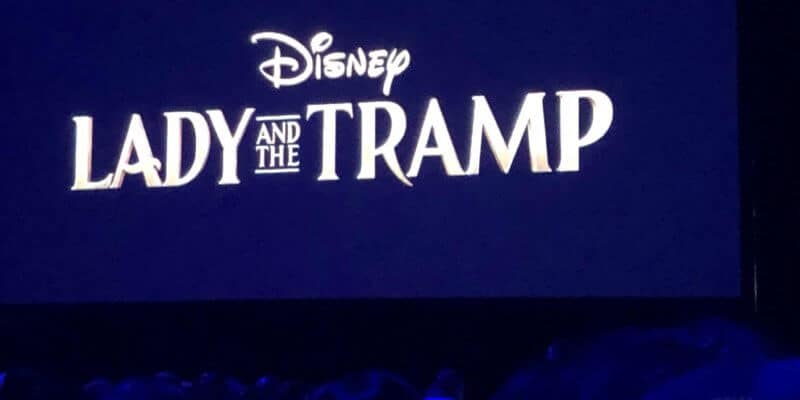 Since we first found out about it, Disney fans young and old everywhere have been eagerly anticipating the release of the all-new live-action re-imagining of Disney’s “Lady and the Tramp.”

We let you know earlier this month that the brand-new film will be released exclusively on the new Disney+ streaming service on November 12, making it the first of Disney’s live-action remake films to skip a theatrical release. It will also be the first of the remakes to debut on Disney’s new streaming service.

As part of the many surprises and reveals so far at the 2019 D23 Expo, we finally got to see the first trailer for the movie, and we love it! Just take a look:

The live-action film is based on the original “Lady and the Tramp” from 1955. It’s directed by Charlie Bean from a screenplay by Andrew Bujalski.

“Lady and the Tramp” follows the adventures and ensuing love story of an upper-class American Cocker Spaniel named Lady and a carefree (and family-free by choice) Schnauzer named Tramp. Through a series of events, Lady falls in love with Tramp (and he with her), though she couldn’t have imagined that in the beginning.

We’re just really happy to finally be able to confirm that yes, the spaghetti scene is indeed included in the new re-imagining of the beloved classic Disney film.

It features the voice talents of Tessa Thompson as Lady and Justin Thoreau as Tramp. Sam Elliott lends his voice to good old Trusty, and Ashley Jensen is the voice of Jackie (instead of Jacques from the original film). Kiersey Clemmons is Darling, and Thomas Mann is the voice of Jim Dear. And Yvette Nicole Brown is the voice of Peg from the dog pound.

Disney’s all-new streaming service Disney+ will be available to the public beginning November 12.

Comments Off on D23 Must-See: Adorable live-action “Lady and the Tramp” trailer drops