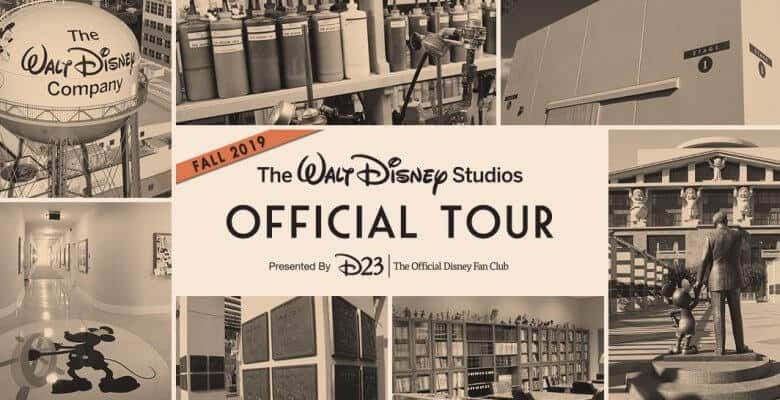 Disney history enthusiasts, listen up! You can finally have the opportunity to tour the historic Walt Disney Studios in California, the place where Walt Disney himself once worked.

D23 is offering exclusive tours of Walt Disney Studios on select dates in October, November, and December. It will cost you, but for the ultimate Disney fan, this is a must-do.

Join your D23 tour guide on a stroll through the original Animation building, where beloved animated films, including Cinderella, Lady and the Tramp, and The Jungle Book, were created; see the historic soundstages used for filming such Disney live-action movie classics as 20,000 Leagues Under the Sea, Mary Poppins, and Pirates of the Caribbean: The Curse of the Black Pearl; plus explore the beautiful Legends Plaza, which honors those who have made significant contributions to the Disney legacy. Many guests will also recognize the exterior spaces on the lot, which have been featured in productions from the Mickey Mouse Club and The Absent-Minded Professor to Saving Mr. Banks, Muppets Most Wanted, and ABC’s black-ish!

Then, explore the rich legacy and historical collections of The Walt Disney Company during a tour of the Walt Disney Archives and Walt Disney’s restored 3H office suite, filled with original furnishings, awards, and items from the master showman’s personal collection. Upon exiting the suite, all guests will receive an exclusive pin to commemorate this memorable experience.

Guests will also have the opportunity to shop at the Disney Studio Store and purchase items only available on the Studio lot!

Perhaps the best part of this Walt Disney Studios tour is that there are plenty of tour times available. You can choose from a number of times available on October 21, November 9, November 18, and December 10.

This tour is open to all D23 members — not just Gold and Gold Family members. What that means is unlike many other D23 events, you don’t have to have a paid membership in order to purchase tickets or attend. Instead, you can be a general D23 member (with a free membership) and still purchase tickets for this Walt Disney Studios tour.

While around $100 for a two and a half hour tour sounds a bit pricey, this is a highly valuable experience that’s once in a lifetime for so many Disney fans. You can read all the details about this D23 Walt Disney Studios tour experience on the official website here.

Have you ever toured Walt Disney Studios? Is it on your Disney bucket list? Let us know in the comments!