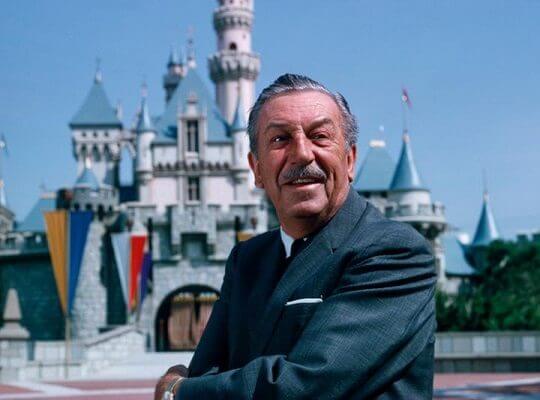 The Disneyland of today is in many ways a whole new world, far different from opening day in 1955. From extensive land refurbishments to entirely new attractions, the original Anaheim Park offers something innovative and exciting with every passing year. But despite the changes that have occurred in the many decades since the theme Park’s opening, Disneyland still possesses the magical, nostalgic qualities of Walter Elias Disney’s original Disney theme Park. Here’s how you can experience Disneyland Park the way Walt Disney did in its opening decade. 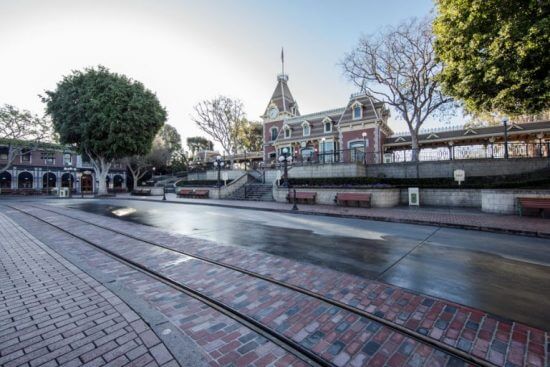 While every day at Disneyland begins with a walk down Main Street, the U.S.A., not every Park Guest is entranced by it as they get to their favorite ride as soon as they enter the Park. But Main Street, U.S.A. was Walt’s symbol of a film’s opening credits. It is meant to invigorate the Guests’ senses and excite them before they enter the thrills that each land of the Park has to offer. So the next time you arrive at Disneyland, be it at rope drop or dusk, try taking it slow. Breathe in the sweet scents of the Confectionary as you stroll down the brick-lined street. Take in the sounds of the Main Street, U.S.A. vehicles, some of which would have been around in the first few years of Disneyland’s opening. And take a few moments to look and listen when walking through the street’s side alleyways. You may be enchanted by some hidden Disneyland Park magic often overlooked.

Take a Cruise through Storybook Land

Perhaps the most leisurely of Disneyland attractions, the Storybook Land Canal Boats is transportative and magical in its own right. It is said that this was Walt’s favorite attraction at Disneyland Park, as he was originally inspired to construct a miniature theme Park across from the Walt Disney Studios in Burbank. This classic cruise takes Guests on a journey through the lands of beloved fairy tales, from the three little pigs and Alice in Wonderland to Aladdin and The Little Mermaid. A skipper tour guide helps set the mood and retells these classic stories as Guests ride through the canals. Plus, where else in a Disney Park can you experience being swallowed by Monstro, the whale? 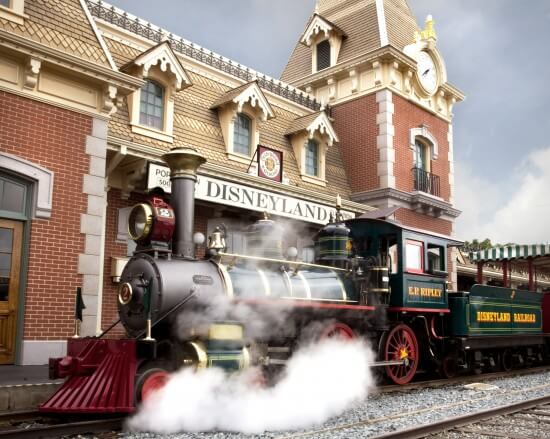 An original Disneyland attraction, the Disneyland Railroad is a steam-powered train system that circles the perimeter of Disneyland Park. The trains are an efficient mode of transportation (with stations at Main Street, U.S.A., New Orleans Square, Mickey’s Toontown, and Tomorrowland) while simultaneously being an exciting attraction. For the whole 20-minute experience, hop on a train at Main Street, U.S.A. Station. Listen carefully to the conductor’s narration for some quirky and magical secrets throughout your journey. Your adventure will take you by Primeval World, Splash Mountain, and even the newly reimagined Rivers of America, with new sights and sounds at every turn. You never know what new pixie dust you may experience while on this classic attraction inspired by Walt’s love of trains. 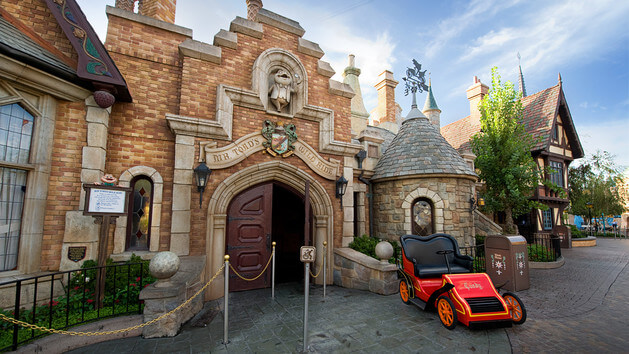 The classic dark rides of Fantasyland are what so many Park Guests thing to do first when beginning their day at Disneyland. Multiple generations of families have enjoyed these original attractions, and it is a fact their magic can be passed on that makes them so enjoyable and worthwhile. Take a page from Walt’s book and ride Mr. Toad’s Wild Ride and Snow White’s Scary Adventures, both of which have been removed from the Magic Kingdom in Walt Disney World but still stand in Disneyland today. While classic Fantasyland attractions can often have long lines, they are worth the wait. No interest is quite as silly, transformative, imaginative and fun as these vintage wonders.

Hear a History Lesson from Mr. Lincoln Himself

Great Moments with Mr. Lincoln featured the most advanced audio-animatronic of its time when it premiered at the World’s Fair in 1964. Since then, audiences of all ages have been entranced by this show. While it may not be the most thrilling attraction that Disneyland has to offer, Great Moments with Mr. Lincoln is a piece of Disney history, as it was one of the last attractions to premiere at Disneyland before Walt’s passing in 1966. Whether you’re a total history buff or you’re in need of a place to cool off on a summer day, duck into this theater in Town Square.

Marvel at the Sounds of Fantasyland on King Arthur’s Carrousel

The King Arthur Carrousel in Fantasyland is perhaps one of the most iconic images of Disney’s theme Park, as it can now be seen through the central walkway of the castle when standing on Main Street, U.S.A. Walt Disney drew inspiration from the Griffith Park Carousel in Los Angeles when building Disneyland. Since he couldn’t purchase this historic carousel for his theme Park, he bought a Canadian version (featuring all jumping horses, an essential characteristic for Walt’s carousel, matching the Griffith version). He had it refurbished and moved to Disneyland in time for its opening in 1955. This carousel’s fun and historic feature are Jingles the horse, Walt’s favorite, commemorated and gifted to Disney Legend (and Mary Poppins herself) Julie Andrews during Disneyland’s 50th anniversary. Be on the lookout for Disneyland characters and princesses who often take rides on the carousel throughout the day!

Walt Disney’s Enchanted Tiki Room can be quite the polarizing attraction: some Guests love it, others can’t stand the tune. But no matter which side you’re on, you can’t deny the historic charm that this attraction possesses. In 1963, this was the first attraction to feature audio-animatronic technology with its singing tropical birds of varying voices, colors, and movements. And since this attraction is more of a show than a ride, almost any Park Guest can enjoy it. Fun fact: this is one of the only attractions where Guests can eat and drink. So grab a Dole Whip and enjoy the show!

Disneyland’s rich, magical history allows Guests to enjoy the Park just as Walt could have during the Park’s first decade. While there are many other attractions to explore and experience that we haven’t mentioned above (from the Matterhorn Bobsleds to the boats, canoes, and ships on the Rivers of America), we want to leave your day up to new possibilities and opportunities. Disneyland is for the young at heart and a place where imagination has no limit, so the next time you visit the original Magic Kingdom, take your time and embrace all that Walt had in store for his first Guests. And remember: if you ever want to feel the presence of Walt himself, take a look at the window above the firehouse and see the flame set forever aglow.

On your next Disney vacation, be sure to spend a day enjoying Disneyland Resort attractions just as Walter Elias Disney would have on opening day in 1955.