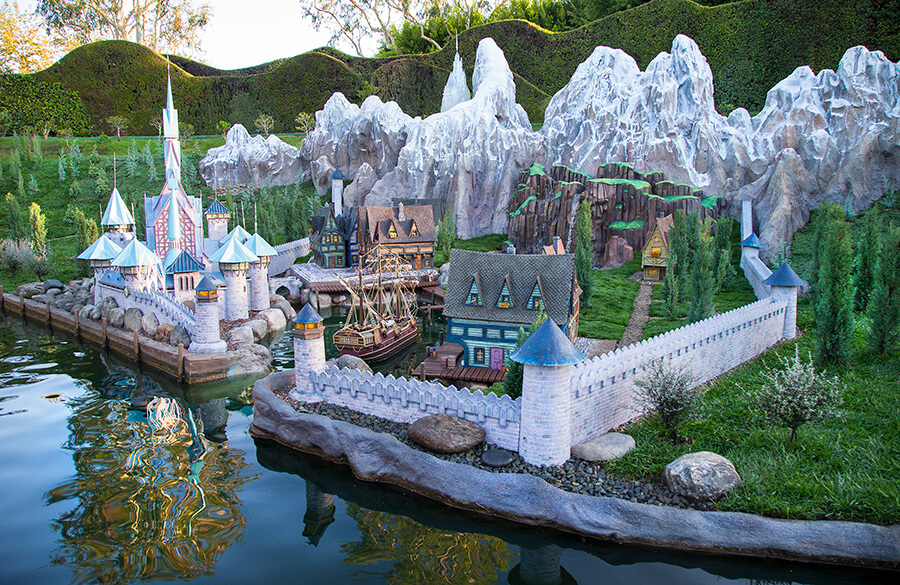 As “Frozen” descends upon Disneyland, the first elements of Arendelle have arrived to Storybook Land Canal Boats in Fantasyland.

The animated city’s familiar buildings are now featured in miniature along the boat ride, including the film’s two castles and Wandering Oaken’s Trading Post and Sauna. And here’s a video floating through the Arendelle additions:

(Video by Shawn Marshall at Parks and Cons)