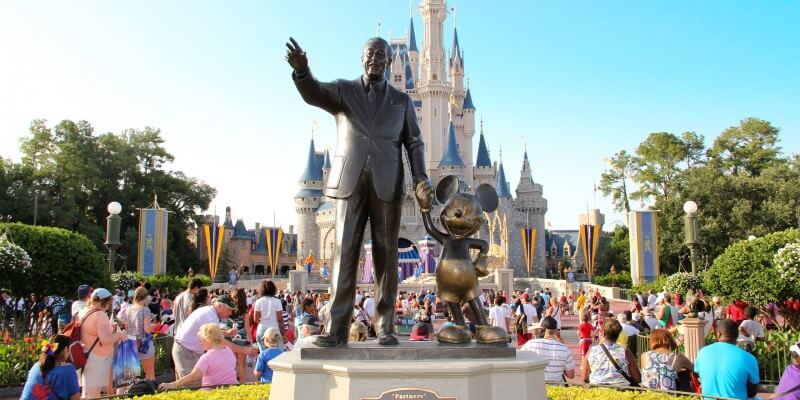 This year’s Disney Parks, Experiences, and Products panel at the D23 Expo detailed a variety of changes coming soon to Epcot, including an updated Spaceship Earth, new neighborhoods in place of Future World, a new fireworks spectacular, and so much more. One of these announcements has been bringing out all the feels among the Disney fan community, and it’s easy to see why…a brand new statue of Walt Disney will soon be a permanent fixture in Epcot!

The new statue will be placed within the new World Celebration neighborhood (which includes the area in front of the park as well as the area directly behind Spaceship Earth). The area where the statue will be specifically will soon be known as Dreamers Point, and it will also be home to an interactive fountain (with Walt seated nearby) along with beautiful gardens and a new “wishing tree.”

Currently unnamed, the new statue will be the second statue paying tribute to Walt at the Walt Disney World Resort (the first being the Partners statue in the Magic Kingdom). Along with World Celebration, where the statue will be located, the overhaul of Future World will include World Nature and World Discovery, in addition to World Showcase which will also receive updates with new films in China and Canada, the “Ratatouille” attraction coming to the France pavilion, and (a surprise at this year’s D23 panel) a Mary Poppins attraction coming to the United Kingdom pavilion.

While few details on the Walt Disney World Resort’s 50th anniversary have been released thus far, D23 did offer a bit of concept art showcasing anniversary parties at each of the four theme parks, and with Epcot’s transformation largely complete by the time the anniversary rolls around we expect the new statue and other offerings to add to the celebratory vibe around the resort.

For help planning your Disney vacation, we recommend contacting Academy Travel! They can help plan every aspect of your trip from where to stay and what to do in Epcot, and their expert services come at no additional cost to you. Click here for a no-obligation quote, and start planning your next Disney vacation today.

What do you think of the new changes coming to Epcot? Let us know in the comments!